American maestro and newly appointed Music Director of the New York City Ballet Andrew Litton returns to the MSO after a long absence to conduct this adventurous program.

The program is dominated by two masterpieces: the Dvořák Cello Concerto, with German cellist Alban Gerhardt, and Prokofiev’s monumental Symphony No.6. The Symphony has received some harsh criticism in the past, especially from Stalin’s cultural apparatchik, Andrei Zhdanov, who lambasted Prokofiev thus: ‘He still believes in “innovation for innovation’s sake”. … It is curious to observe the struggle of the two Prokofievs in a work like his Sixth Symphony. Here the melodious, harmonious Prokofiev is often attacked, without provocation, by the other, storming Prokofiev.’ The concert begins with Řezníček’s Overture to Donna Diana, which has become, alas, the most famous part of the entire opera.

Pre-Concert Talk
11 November at 7pm, Stalls Foyer, Hamer Hall
Megan Burslem will present a talk on the artists and works featured in the program.

Duration: 1 hour and 50 minutes, including a 20-minute interval 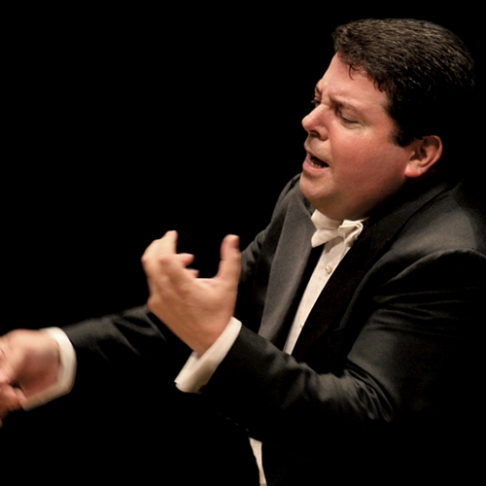