If David Bowie had not existed, it would have been impossible to invent him. Now that he’s undergone his final transformation, Australia’s finest pay tribute to the Starman.

Few musicians can claim to have refashioned modern music so comprehensively as the man born David Jones. From the glam of Ziggy Stardust to the desolate Berlin years right up until his intensely personal final album Blackstar, Bowie always reflected contemporary culture back on itself while remaining truly alien.

Now artists under the influence of the great man gather to perform his music in their own unique styles, alongside the Melbourne Symphony Orchestra under conductor Vanessa Scammell and Creative Director Amanda Pelman.

‘The ultimate tribute to the late David Bowie.’

‘We don’t have to say goodbye to him or his songs—not till this thing we call music evaporates or the world winks out.’ 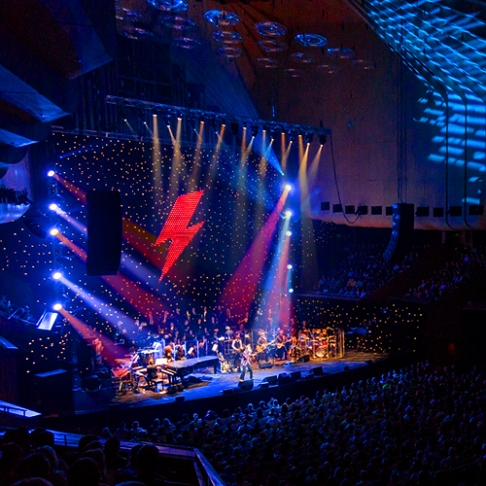