“The Bamboos are the highest, tightest and easily the best live band of their kind in the country – massive, unparalleled and gorgeous to listen to,” – The Age

Funk powerhouse The Bamboos join the MSO in a celebration of their 20 incredible years as one of Australia’s best soul bands. This guaranteed good vibes concert is set to be an unmissable show of Melbourne’s renewed live music scene in 2021.

Since their inception in 2001, The Bamboos made waves internationally (selling out London’s Barbican and The Jazz Cafe) and have gone from strength to strength, releasing nine studio albums, including the hugely popular Medicine Man and The Rules of Attraction with Tim Rogers.

Their music has been played on radio in the UK, USA, France, Japan and their infectiously entertaining live act has seen The Bamboos play every major festival in Australia, including Byron Bay Blues & Roots, Falls, Meredith and St Kilda Festivals.

“Having the opportunity to perform our music on stage with the full Melbourne Symphony Orchestra at Hamer hall is really the stuff that dreams are made of. After such a challenging 2020 in Melbourne I feel like these hometown shows are going to be extra cathartic for all involved and so rest assured we’ll be pulling out ALL the stops.” – Lance Ferguson, bandleader

They are about as good as it gets! 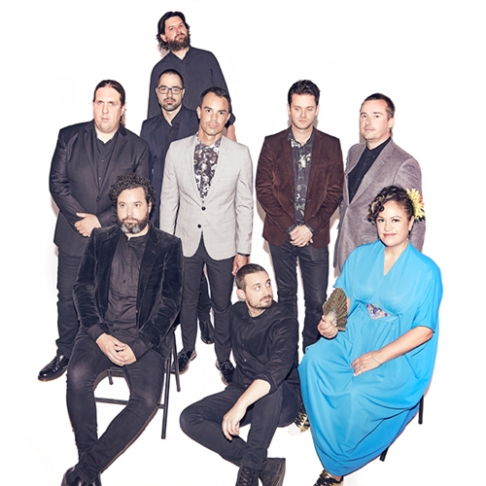