Mark-Anthony Turnage Blood on the Floor

It’s jumpy, angry, and lyrical all at once! Mark-Anthony Turnage’s Blood on the Floor is a striking, melancholy mix of genres that uses classical, jazz and modern expression to enormous impact. Conductor Lawrence Renes leads the MSO and some of Australia’s finest soloists in this performance of a work not seen in Melbourne for more than 10 years.

Four of the country’s jazz masters in Carl Mackey, Carl Morgan, Sam Anning and Ben Vanderwal reunite for MSO’s 2021 Metropolis, following their captivating performance of Blood on the Floor in Perth in 2016.

Named for the Francis Bacon painting, Blood on the Floor is one of English composer Mark-Anthony Turnage’s most celebrated works. It doesn’t conform to musical stereotypes, resulting in a piece that’s utterly imaginative, compelling and emotionally sincere. Exploring aspects of alienation and addiction, one of the work’s nine movements is a lament for the composer’s brother who died of a drug overdose. Ambitious contemporary ensembles around the world have performed Blood on the Floor since its premiere in 1996.

Though celebrated for his affinity with symphonic music and opera, conductor Lawrence Renes is also a champion of contemporary masters, and is well known for his association with the music of John Adams, George Benjamin and Mark-Anthony Turnage himself.

Duration: approx. 75 minutes with no interval 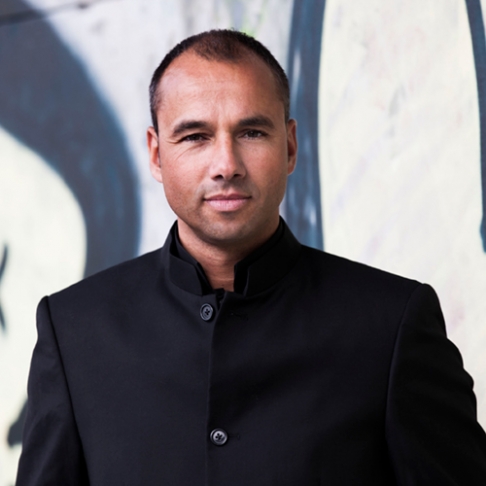