In response to the ban imposed by the Victorian State Government, we regret that this performance will not proceed.

We will, however, keep the music going! We invite all music-lovers to enjoy this concert livestreamed via our YouTube channel for free Monday 16 March, 7pm.

If you hold a ticket to Scheherazade, instead of requesting a refund, we ask you to consider donating the value of your ticket to enable us to live stream more free events and continue the mission of the MSO, to enrich lives through music. Please email our Box Office at boxoffice@mso.com.au if you would prefer to do this and we thank you in advance if you choose to donate during this uncertain period. MSO gift cards (valid for 3 years) and fee-free exchanges are also available.

Refunds will automatically be processed to the credit card used to make the purchase on the scheduled concert date. Please note, refunds may take 5-7 business days to arrive in your account.

There are 1001 reasons to fall in love with this music.

Great Russian composer Rimsky-Korsakov lays the foundations for this bright, colourful and gorgeously textured evocation of the exotic.

She was the woman who spun her own fate from the threads of narrative: Scheherazade, the star and storyteller of One Thousand and One Nights. She famously escaped death by drawing her executioner further and further into the tale. It’s a trait Russian composer Nikolai Rimsky-Korsakov would employ in the symphonic suite he named after the cunning narrator, with sweeping and immersive instrumentation.

Scheherazade was composed in 1888, and draws on Rimsky-Korsakov’s career as an officer in the Imperial Russian Navy. He had a lifelong fascination with folklore and his role as an inspector of Naval bands gave him a long association with the ocean. The suite conjures the brine and the sea-spray that would accompany Sinbad on his many journeys, and brims with exoticism. Under the baton of Peruvian conductor Miguel Harth-Bedoya, making his MSO debut, it will soar like the chronicles of old.

Exoticism and passion for folk music drove Hungarian composer Zoltán Kodály to the creation of Dances of Galánta, based on the musical traditions of what is now part of Slovakia. Richly evocative of Romani culture, it is a work of complexity and romance.

We wish to advise that there has been a change in artist and program for these performances, as cellist Harriet Krijgh is unable to travel to Melbourne. Instead, Timo-Veikko Valve, Principal Cello of the Australian Chamber Orchestra, will perform Ernest Bloch’s Schelomo in place of Lalo’s Cello Concerto.

Ahead of the performances on Friday and Saturday join ABC Classic producer Andrew Aronowicz for a pre-concert conversation inside Hamer Hall from 6.15pm.

Learn more about Schererazade on this episode of the Classical Classroom podcast by Houston Public Media. 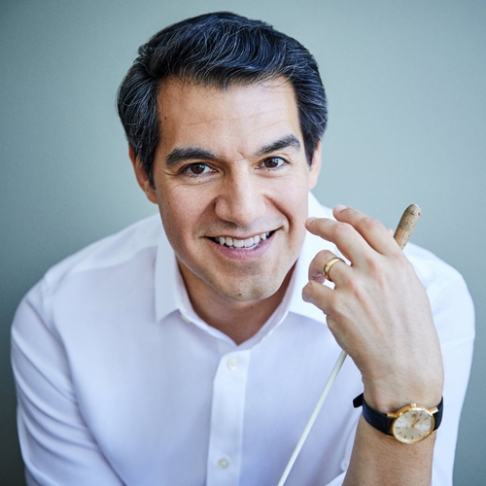