*Please note this concert will not include visual excerpts from films. MSO are also presenting Music from the Studio Ghibli Films of Hiyao Miyazaki which will have screens and is taking place at the Sidney Myer Music Bowl.

Presented by the Melbourne Symphony Orchestra in collaboration with Arts Centre Melbourne for Asia TOPA.

In this unique Australian exclusive concert experience, the work of Joe Hisaishi and his contributions to contemporary symphonic repertoire is celebrated by the Melbourne Symphony Orchestra.

Outside of his work with legendary filmmaker Hayao Miyazaki, Hisaishi has released nearly 40 solo albums that have showcased a keen and ever-evolving passion for his art, becoming one of the most important composers of our time.

Joe Hisaishi conducts the MSO in a performance of his orchestral works, including Symphonic Fantasy The Tale of the Princess Kaguya and the Australian premiere of The East Land Symphony.

Experience the range and depth of this prolific composer alongside the Melbourne Symphony Orchestra at Hamer Hall in this must-see special event.

Join us in the Sidney Myer Music Bowl on February 29 for Music from the Studio Ghibli Films of Hayao Miyazaki.. 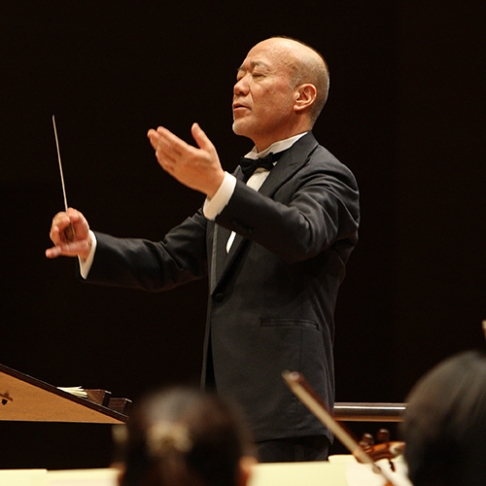