Nothing prepares you for the intensity and grandeur of Orff’s Carmina Burana played live.

Like great crashing gods bursting through the skies to wake the dead, the thundering Carmina Burana returns to the Hamer Hall stage showcasing the MSO Chorus in all its glory. With the massive power of the full orchestra and chorus, it comes to glorious fruition only in live performance.

A piece of light, joy, ferocity and booming bombast, Carl Orff’s Carmina Burana is immediately impactful. The piece features a driving rhythmic structure, grand shifts in mood and eventual ecstatic climax. But the 1936 cantata has a dark history. Its premiere in Frankfurt made Orff’s name in the cultural circles of the Nazi Party, and the taint of that association clung to the work and the composer for decades. But the piece has outlived its past and has become one of the most often-performed choral works of the 20th century, with numerous references throughout popular culture.

Stravinsky had just enjoyed immense success with his Firebird at the Paris Opera in 1910, when he intended to begin work on a piece about pagan Russia. The famed Rite of Spring would have to wait as a work about a clown puppet; Petrushka began forming in his mind. He again teamed up with Ballet Russes impresario Serge Diaghilev, to whom he played a portion of his score. Diaghilev began to sketch the accompanying ballet, and the work premiered with Vaslav Nijinsky in the title role, to great acclaim in June of 1911. 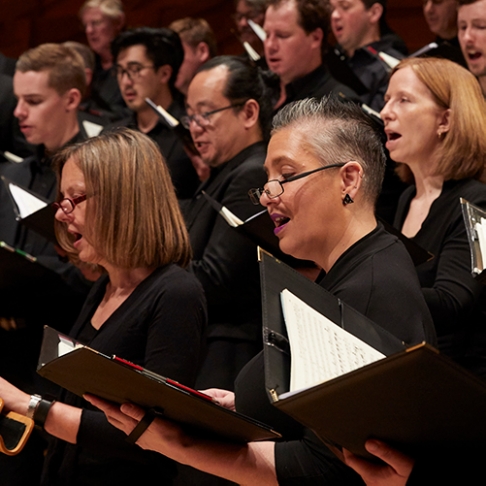