The authorised ticket seller for these performance is Melbourne Symphony Orchestra. MSO strongly recommends you refrain from purchasing tickets via third party ticket sellers. These tickets are not governed by our terms and conditions, and you may be refused entry on the day of the concert. There are no print at home tickets available to these performances. Click here to see Live Performance Australia’s Safe Tix guide.

The venue for this performance is the Plenary, at the Melbourne Convention and Exhibition Centre, South Wharf. Download MCEC Plenary seat map here.

Audiences of all ages will have a chance to see Ben Folds perform his hits LIVE with the Melbourne Symphony Orchestra.

Folds is widely regarded as one of the major music influencers of our time; a renowned pop artist as well as a critically-acclaimed classical music composer, and best selling author. For more than a decade he has travelled the globe performing with orchestras, and in March he returns to Melbourne for a special evening with the MSO.

“I grew up playing in orchestras, so being on stage with one feels like home to me,” Folds said. “When I take to the stage I don’t demoralize the orchestra by bringing along a loud rock band and grafting high volume. In these concerts, the orchestra IS my band. When I perform with an orchestra, I tell audiences that I’m expressing myself through a different form than what they have come to expect in a rock show, a form that happens to be done by people who are among the best musicians on the planet and who do it all the time.”

Over the years, Folds has created an enormous body of genre-bending music that includes pop albums with Ben Folds Five, multiple solo albums, and numerous collaborative records. His last album was a blend of pop songs and his Concerto for Piano and Orchestra that soared to #1 in the US on both the Billboard classical and classical crossover charts.

Ben Folds VIP Package | Ask me (almost) anything… about music and my book!

• One (1) Premium reserved VIP seat to see Ben Folds live
• Meet & greet with Ben Folds
• Photograph with Ben Folds
• Ben Folds to personally sign a copy of his new memoir, A Dream About Lightning Bugs. A Life of Music and Cheap Lessons.
• Conversation and excerpt reading by Ben from his soon-to-be-released memoir
• One (1) autographed copy of Ben’s new memoir, A Dream About Lightning Bugs, which debuted as a New York Times Best Seller.
• Merchandise shopping opportunity before general doors
• On-site concert host 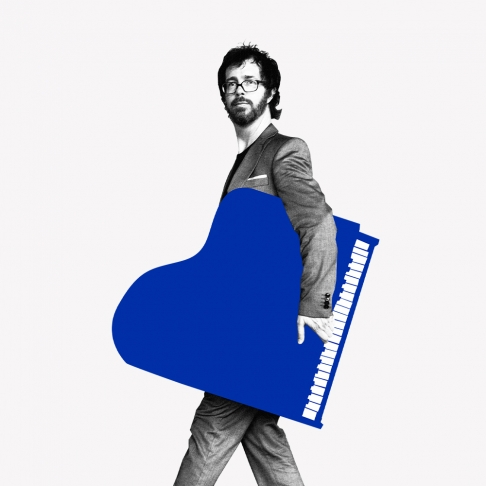