In the year of his 250th birthday, 2020 sees symphony orchestras across the globe celebrating the brilliance of Beethoven and his perennially popular and prodigious artistic output. In our year of Beethoven, the MSO will present one of his greatest works in a dynamic and dramatically different style to any other performance worldwide.

Rediscover the monumental masterwork that has been astounding audiences for almost two centuries.

Share the joy at the MSO’s Season Opening Gala, where the epic struggle for peace and ultimate triumphant bliss of Beethoven’s Ninth Symphony will be physically embodied by Circa, Australia’s premier contemporary circus.

In this first-time collaboration between the MSO and Circa, ten world-class circus artists under the direction of Yaron Lifschitz will present Beethoven’s music in its physical form – with emotionally-charged choreography intricately woven to reflect the score. Extreme skill and dramatic acrobatics play out in this grand celebration of humanity, where the lines between movement, music, dance and theatrics are blurred and boundaries are pushed.

Beethoven was the first major composer to include chorus and soloists in a symphony, and he did so when almost completely deaf. Now one of the most recognisable melodies in classical music, Ode to Joy prompted thunderous applause at the conclusion of the symphony’s premiere in 1824. Unable to hear the reaction, Beethoven remained standing facing the orchestra at the end of the performance, and had to be tapped on the shoulder to see the overwhelming response.

This revolutionary world-first staging of Beethoven 9 by a circus company will be performed alongside a world premiere by revered Australian composer Deborah Cheetham AO, her Dutala, star filled sky, a work created in response to Beethoven’s Ninth.

Written for symphony orchestra and chorus, Cheetham draws on the soaring emotions and spirit of Beethoven’s work to complement the classic in original and innovative style.

Circa is one of the world’s leading performance companies – pioneering how extreme physicality can create powerful and moving performances. Since 2004, from their base in Brisbane, Australia, Circa have toured the world – performing in 40 countries to over a million people. In 2019 Circa performed at some of the world’s leading venues and festivals including the Philharmonie de Paris, Palau de la Musica, Barcelona and White Light Festival, New York City.

Join conductor Benjamin Northey, composer Deborah Cheetham AO and Circa Associate Director Todd Kilby ahead of both performances for a special pre-concert talk inside Hamer Hall at 6.15pm.

Please note that both performances will be filmed for future television broadcast. 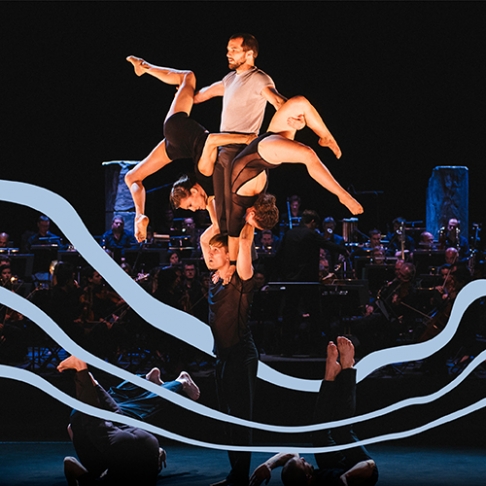