The MSO Mornings series is proudly supported by Ryman Healthcare.

Beethoven Symphony No. 9 Ode to Joy

The 9th as you’ve never seen it before.

You may think you know Beethoven’s final symphony, but this major collaboration with the country’s leading contemporary circus company, Circa, will be its most dynamic outing yet.

Described as “a revolution in the art of circus”, Circa – under the direction of Yaron Lifschitz – has built an astonishing reputation as a contemporary circus pioneer. Combining virtuosic acrobatic skill with a sophisticated, interdisciplinary approach to music, Circa’s artists are the perfect partner for this unique and memorable collaboration.

Beethoven’s last symphony, composed and conducted by the maestro when he was almost completely deaf, is a work of such scope and depth, of majesty and magic, it simply must be heard live. Combined with Circa’s precise physicality, it will be one of the year’s outstanding events.

The final component and arguably the most famous, is vocal. Beethoven introduces the thundering choral element in the fourth movement, most memorably the “Ode to Joy”. It is a piece which has come to represent the glory of human endeavour, and MSO has gathered the finest singers to lift it into the realm of the sublime. Australian opera stars, baritone Warwick Fyfe, mezzo-soprano Jacqueline Dark and tenor Paul O’Neill join Latvian soprano Maija Kovaļevska, along with the resonant power of the MSO Chorus.

Circa is one of the world’s leading performance companies – pioneering how extreme physicality can create powerful and moving performances. They continue to push the boundaries of the art form, blurring the lines between movement, dance, theatre and circus. Since 2004, from their base in Brisbane, Australia, Circa have toured the world – performing in 40 countries to over a million people. In 2019 Circa performed at some of the world’s leading venues and festivals including the Philharmonie de Paris, Palau de la Musica, Barcelona and White Light Festival, New York City.

Please note that this performance will be filmed for future television broadcast.

A suite of curriculum-linked pre-concert resources will be issued to all school ticket holders prior to your excursion, extending your school’s experience well beyond the concert itself!


The MSO Mornings series is proudly supported by Ryman Healthcare. 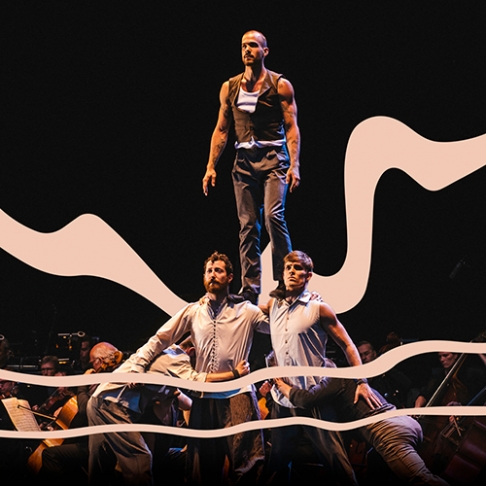