Soloist update: The previously-advertised mezzo-soprano, Catherine Wyn-Rogers is unable to perform due to acute sinusitis and laryngitis. The MSO is pleased to welcome Fiona Campbell in her place.

Since its triumphant premiere in Dublin in 1742, Messiah has remained Handel’s most frequently performed work and is the perfect way to celebrate the festive season.

In 2019 we present a new orchestration of the beloved work, this time by Sir Andrew Davis. Nominated at the 2018 Grammy Awards®, Sir Andrew’s take on this Christmas tradition stems from a lifetime of hard work and dedication.

“When I was a child I was a boy soprano in our local church choir and so I got to know Handel’s Messiah firsthand. As an adult I toyed with the idea of a reorchestration for many years and I started my version in December 2009. I finished it in October 2010 and premiered it later that year in Toronto.

“My sole aim was to clothe the work with all the colours available from a modern orchestra; as a result I have used such instruments as alto flute, oboe d’amore, harp and some percussion including marimba and even sleigh bells!

“I’m very proud of it, and I’m extremely happy that it will be the last thing we do together in my official role as Chief Conductor of the MSO. Not that this is the last time you’ll see me here!”

Join MSO Artist Liaison, Stephen McAllan, as he interviews Sir Andrew Davis about his arrangements in what will be his final two performances as Chief Conductor!

Please note that both performances will be filmed for future television broadcast. The performance on Saturday 7 December will also be broadcast live to air on ABC Classic and must start at 7pm sharp. 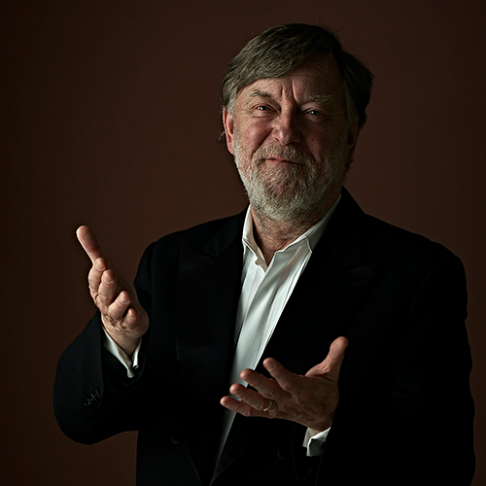