After his memorable debut conducting Rachmaninov with the MSO in 2017, Russian maestro Stanislav Kochanovsky returns to transport us to Shakespeare’s fabled tale of the star-cross’d lovers, Romeo and Juliet, in excerpts from Prokofiev’s masterful ballet score.

Be swept away by the score of the famous intimate balcony scene, the heart-pumping dramatic climaxes during the Death of Tybalt and the pulsating beat of the renowned Dance of the Knights, whose instantly-recognisable hook has been sampled far and wide in hip-hop and throughout popular culture.

Prokofiev’s inspired and ageless composition contains some of the most romantic and arresting ballet music ever composed. Beneath the success of this powerful ballet, representing Shakespeare’s age-old tale of love and loss, belies the troubled history of its creation in Soviet Russia where Prokofiev’s early version of the score was heavily censored.

Rising star Yulianna Avdeeva makes her MSO debut with Chopin’s first piano concerto. Written while the composer was in his late teens, this expansive and expressive work showcases the rich sounds of the piano and, according to the composer, was met with “deafening bravos” at its 1830 premiere.

Mussorgsky’s A Night on the Bald Mountain, inspired by a witches’ sabbath in a story by Gogol, is a darkly haunting tone poem which makes for an eerie curtain-raiser. Although rejected in Mussorgsky’s lifetime, it was a great success when it premiered after his death.
The piece has become an audience favourite to this day, being utilised widely everywhere from Disney’s Fantasia to The Simpsons.

Stanislav Kochanovsky was born in St. Petersburg and is considered one of the brightest and most promising young conductors heralding from Russia today. His technical proficiency and musicality is taken to another level when working with the music of his homeland.

Moscow born and based Yulianna Avdeeva rose to fame on winning Poland’s Chopin Competition in 2010, leading her to a world-class career. Avdeeva’s performances conjure an impeccable combination of clarity, energy and elegance, winning audiences over with her compelling honesty, modesty, wit and unfailing musical judgement.

Join MSO Artistic Coordinator, Michael Williamson, ahead of the performances on Friday and Saturday nights for a pre-concert conversation inside Hamer Hall from 6.15pm.

Join composer and ABC Classic producer, Andrew Aronowicz for a post-concert conversation in the Stalls Foyer of Hamer Hall following the performance.

2 hours and 10 minutes, including a 20-minute interval. 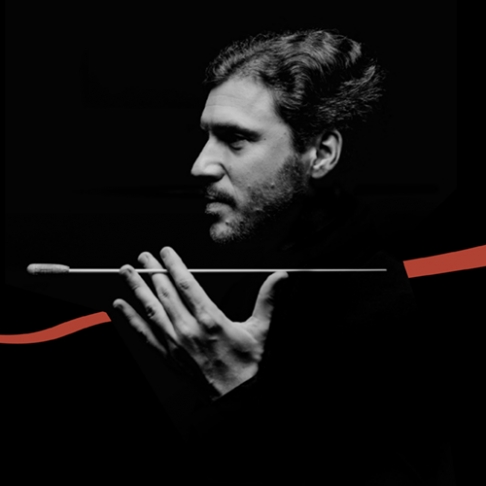