Please note all bags will be checked upon entry, so we encourage you to arrive early!

When divisions of the US Army rolled in and occupied Strauss’ Bavarian hometown of Garmisch in April 1945, one of the young soldiers who posed for photos with the octogenarian composer was John de Lancie. In civilian life, de Lancie was principal oboe with the Pittsburgh Orchestra. When he asked Strauss to write him an oboe concerto Strauss flatly refused but a seed was planted and the result is his charming oboe concerto, which you’ll hear tonight, played by the MSO’s Thomas Hutchinson.

This ‘charming, nostalgic work looks back to simpler times,’ says Thomas, ‘Inspired more by his hero Mozart, this fresh and vital work is a joy for audiences and musicians alike.’

Concluding this evening of classical masterpieces is one of Mozart’s most popular and well-known symphonies. With its famous melancholy opening theme, his Symphony No.40 hints at a deep disquiet beneath its trademark refinement. 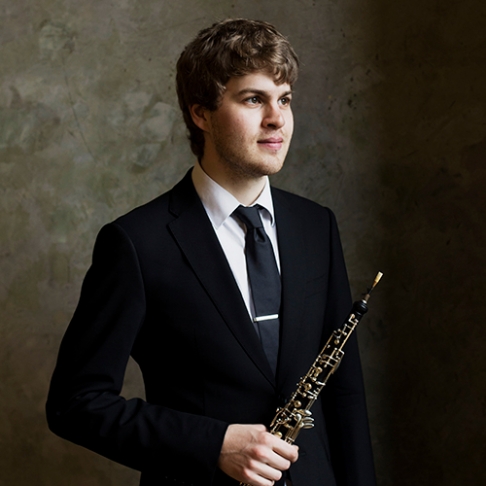