Huge saving on group pricing!
Book four A-Reserve tickets for $240 and save $50 per ticket*

Bring your proton pack and join the original paranormal investigation and elimination team as the Melbourne Symphony Orchestra performs the score to the timeless 1984 supernatural comedy and cult hit Ghostbusters, while the film plays on the big screen.

‘I remember seeing this movie when I was a kid and was a big fan of the Ray Parker Jr. hit title song. The Elmer Bernstein score is filled with fun, spookiness and classical orchestral moments, taking us all back to 1984! A real blast from the past!’

With an all-star line-up, re-live the hair-raising paranormal adventures with the original Ghostbusters trio: Bill Murray, Dan Aykroyd and Harold Ramis, the eccentric parapsychologists who start a ghost-catching business in New York City, as they capture their first ghost Slimer and their first god of destruction, Gozer the Gozerian. Encounter Sigourney Weaver as the Ghostbusters’ first client turned Gatekeeper, Rick Moranis as an accountant turned Keymaster, and Ernie Hudson as the Ghostbusters’ first recruit.

Learn more about Elmer Bernstein’s iconic score for Ghostbusters from three film experts, Dr Dan Golding, Andrew Pogson and Conductor, Benjamin Northey, from The Art of the Score podcast as they breakdown the melodies and motifs found within the film’s score, dissect what makes the score tick and discover how the composer walks the fine line between comedy and horror.

*Additional group tickets can be purchased for $60ea. 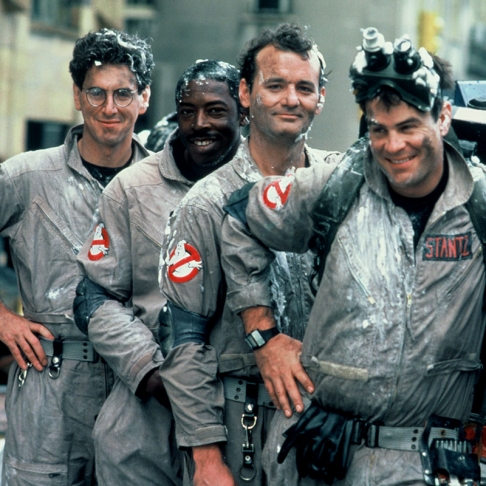