Comedian Josh Thomas joins the Melbourne Symphony Orchestra to team up with critically acclaimed New York production company, Giants Are Small, to present Peter and the Wolf in Hollywood, the untold prequel to Prokofiev’s classic tale.

Experience the beloved story with fresh eyes and ears as newly orphaned Peter flies from Russia to Los Angeles to stay with his aging hippy grandfather who works for a Hollywood movie star.

Finding it hard to make friends in his new home, Peter is swept up in an exciting adventure that includes the building of a giant robot, a whirlwind helicopter chase, and a moment of poignant introspection – all before he enters the forbidden meadow where he (spoiler alert) finally captures the wolf.

Josh Thomas will narrate from the stage, alongside conductor Brett Kelly who will guide the orchestra as the story appears on the big screen. Adding to the entertaining production will be star percussionist and foley artist Jason Mills (STOMP, Scarcity) who will recreate all the sound effects using props on stage.

This humorous and topical fresh take on a much-loved classic explores themes of family and friendship, courage and heroism.

Peter and the Wolf in Hollywood is brought to you by Giants are Small. 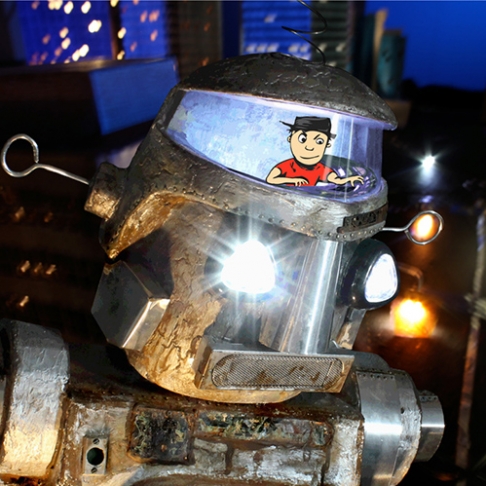