In 2016, the BBC Proms is coming to Melbourne for a limited season. Held over four days from April 13 – 16, 2016 at Arts Centre Melbourne, BBC Proms Australia will bring the magic of the Proms to Australian audiences, providing a taster of this iconic festival. This is the first time the Proms has been held outside of the UK in this way and promises to be a triumphant celebration of classical music. It will also mark the first time that orchestras from three Australian cities play together in one program.

In what will be a world-class concert experience, BBC Proms Australia will showcase the talents of a range of musicians, offering a mix of traditional repertoire alongside new Australian commissions from Nigel Westlake and Gordon Hamilton. Iconic works from Berlioz, Bernstein and Saint-Saëns stand side by side with contemporary pieces such as Gordon Hamilton’s Thum Prints.

This festival of classical music will come to a climax with the Last Night of the Proms, an evening of popular favourites to round off the Australian season in traditional BBC Proms style. Audiences will be in the capable hands of the Chief Conductor of the Melbourne Symphony Orchestra, Sir Andrew Davis, who has conducted more ‘Last Nights’ than any other modern conductor. The Melbourne Symphony Orchestra will perform Last Night staples including Rule Britannia and Jerusalem, alongside Australian works and many other crowd favourites. 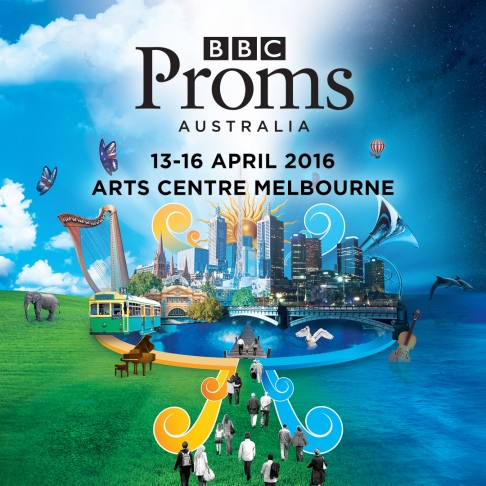