Now it’s time to reveal the secret that kept them together for so long. Videogames. Lots and lots of videogames.

This Gaming Life is Tripod’s all-new love letter to gaming: it’s their one shared passion (possibly sadly). Retro games. Modern games. Mind games. Power games. They’ve done it all and they’ve got plenty to say about it. It’s about obsession, it’s about passion, it’s about hobby-based relationships. This is a show for anyone who was ever into anything.

Tripod’s flair for sophisticated song writing and off-the cuff comedy has always been fairly self-contained, but their obsession with games is so epic that for this project, only the Melbourne Symphony Orchestra will do. This exciting alchemy of 50 or so insanely great musicians and three other insanely great musicians (who are also hilarious) will enchant and enthral, and promises to be a highlight of this year’s Melbourne International Comedy Festival.

Check out the Tripod Blog. 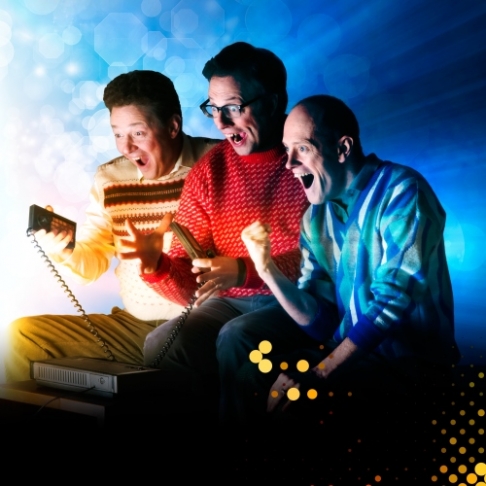