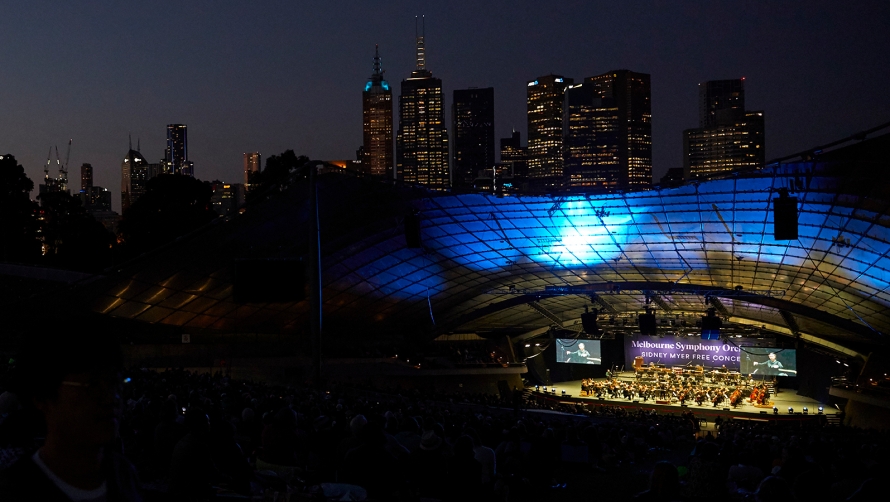 For more than 90 years, Melbourne summers have been punctuated by the MSO’s annual free concert series. Join the Melbourne Symphony Orchestra as they return to play their first city concerts in 10 months across three colourful and vibrant programs, celebrating Australian musicians and music.

On Saturday 6 February, the MSO celebrates movement in music across the ages in Mambo! Dancing across the centuries with a program filled with dance music! Experience Paul Stanhope’s Dancing on Clouds and Joe Chindamo’s Concerto for Drumkit and Orchestra featuring David Jones alongside works by Rameau and de Falla, and Bernstein’s legendary Symphonic Dances, conducted by Benjamin Bayl. Melbourne Youth Orchestras will start the show with a special Saturday night curtain-raising performance!

Spanish Harlem is the final event in the series on Wednesday 10 February, and is certainly a concert for cool cats and symphony slickers with conductor Ben Northey at the helm! Duke Ellington’s Harlem will set the scene, followed by Ravel’s Piano Concerto featuring Timothy Young and then Melbourne bandleader Vanessa Perica will step into the spotlight for the world premiere of her Symphonic Suite – Love is a Temporary Madness.

All three Sidney Myer Free Concerts will be broadcast live on ABC Classic.

The Sidney Myer Free Concert Series is proudly supported by Sidney Myer MSO Trust Fund and presented in association with the University of Melbourne.