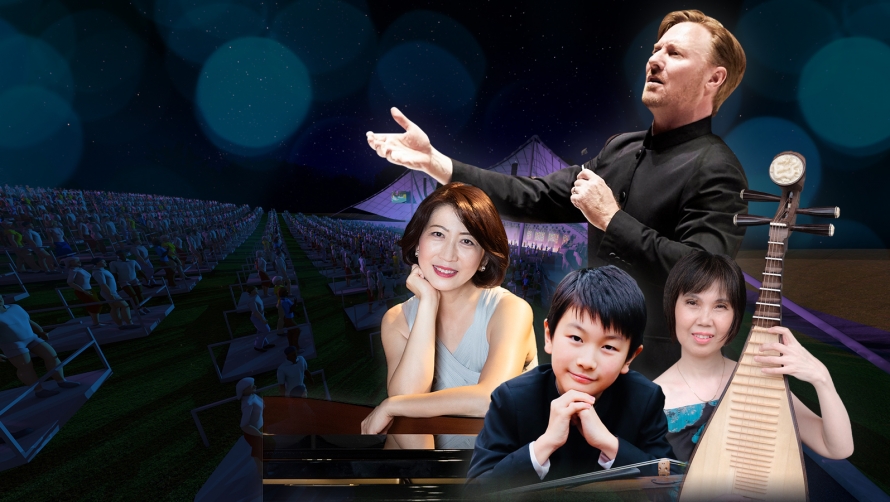 The Melbourne Symphony Orchestra presents its annual Chinese New Year concert on Saturday 13 February, for the first time in the event’s eight-year history at the Sidney Myer Music Bowl.

Leading up to the event in February, Maestro Northey said he was deeply honoured to be a part of this cultural celebration.

‘This is an important cultural event for the people of our city and this year we will perform for you in one of the world’s great outdoor venues – the Sidney Myer Music Bowl. We have a stunning trio of guest soloists joining us as we perform much-loved traditional Chinese music alongside some great orchestral classics. Join us for this special occasion as we celebrate the Year of the Ox!’

Violinist Christian Li became the youngest-ever artist to be signed by the Decca Classics label in 2020 and in this special outdoor performance, Li joins the MSO to perform Spring from Vivaldi’s Four Seasons.

Beginning with the overture from The Creatures of Prometheus, from Beethoven’s famous Eroica Symphony, the concert will move across music from both eastern and western masters including works by Chopin and China’s leading 20th century and contemporary composers, Xiogang Ye, Zugiang Wu and Grammy-nominated Zhou Tian.

This year’s Chinese New Year concert will be performed as part of the “Live at the Bowl” series, offering a unique and safe viewing experience under the Melbourne summer sky. Audiences can purchase raised, socially-distanced decks on the Sidney Myer Music Bowl lawn and the event is suitable for all ages.

The MSO’s annual Chinese New Year concert is supported by the Li Family Trust and presented in collaboration with Arts Centre Melbourne.