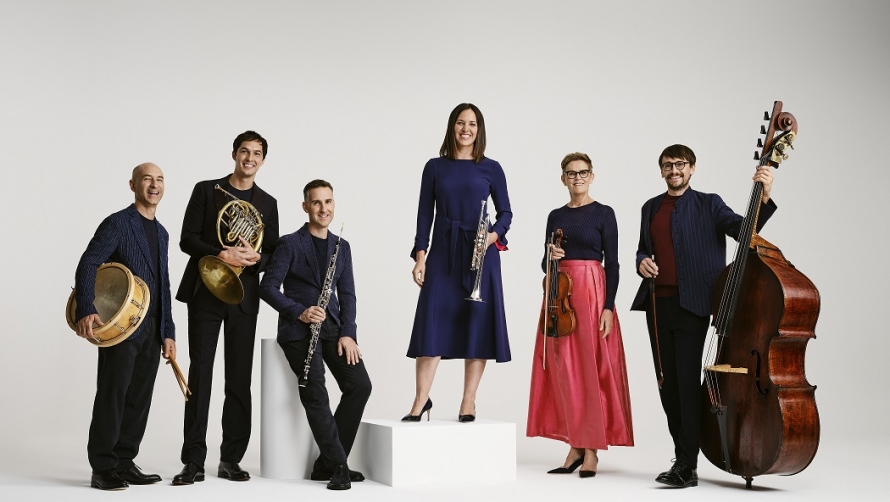 The Melbourne Symphony Orchestra invites music lovers to rediscover the art of listening as it returns to the stage with a new season for 2021. Bursting with musical colour, the refreshing program celebrates Australian artists and the music of our times.

MSO Season 2021: Part One (January to June) will feature more than 100 events with 8 world premieres, 12 Australian premieres, 24 soloists, and 7 works commissioned by the MSO. Season 2021 subscriptions will be available from 28 October and limited individual tickets on sale from 8 December.

The MSO’s Season 2021 will kick off with its traditional Sidney Myer Free Concert series, a socially-distanced evening under the stars featuring Australian conductors and guest soloists.

Eminent musician Paul Grabowsky AO joins the MSO family as 2021 Composer in Residence and his Wata will be one of the highlights of the season. This special event marks the MSO’s return to Hamer Hall and features vocalist Daniel Ngukkurr Boy Wilfred and yidaki player David Yipini Wilfred, from South East Arnhem Land, as well as Grabowsky on piano.

The highly-anticipated return to the stage is emphasised by the MSO’s series of special events which include collaborations with Birds of Tokyo, Melbourne’s quintessential funk ensemble The Bamboos, Fantasia in Concert and a powerful performance with Australia’s queen of the night, the inimitable artist and chanteuse Meow Meow. Returning to the season is the MSO’s popular Chinese New Year concert which will showcase exciting Australian talent including pianist Angela Li and 13-year-old violinist Christian Li, led by MSO Principal Conductor in Residence Benjamin Northey.

Many of the MSO’s musicians will step into the spotlight, performing a series of specially-commissioned works for cor anglais, bassoon, French horns and trumpet, with Concertmasters Dale Barltrop and Sophie Rowell featuring prominently throughout the season. Other orchestral highlights include Beethoven’s Third Symphony, Stravinsky’s Firebird Suite, Dvořák’s New World Symphony, Schumann’s Cello and Violin concertos, and Brahms’ glorious Symphony No.2.

To align with Season 2021, the MSO will launch a digital platform, MSO.LIVE, providing audiences at home with special concert events, talks and music experiences.

Throughout the year, MSO will return to the beloved stages of the Melbourne Town Hall, Melbourne Recital Centre, Robert Blackwood Hall (Monash) and Costa Hall (Geelong) with intimate programming that salutes Australian composers, soloists and ensembles.

MSO Managing Director Sophie Galaise said the 2021 Season has been designed to rekindle a love of live music, with the aim to excite and encourage a sense of discovery as audiences are welcomed safely back to the live concert experience.

‘We are so excited to be returning to the stage and welcoming our audiences back from January. We look forward to welcoming world-class talent from within the MSO, as well as leading artists from Victoria and across the country to our stage, with this uniquely Australian program,’ said Ms Galaise.