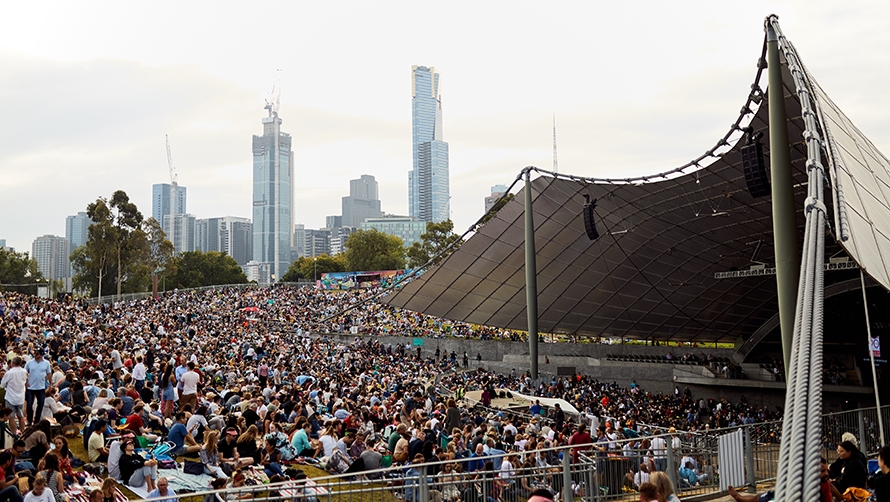 Melbourne Symphony Orchestra Managing Director Sophie Galaise is delighted to announce the MSO is a finalist in the 2019 Melbourne Awards presented by the City of Melbourne. The MSO has been nominated for its annual Sidney Myer Free Concerts presented in association with the University of Melbourne.

In 2019 the MSO celebrated two major milestones – 90 years of concerts and 60 years in the Sidney Myer Music Bowl.

“We are delighted and honoured to be recognised as a finalist in this year’s Melbourne Awards,” Galaise said.

“The MSO’s Sidney Myer Free Concerts have entertained millions of people since their inception and continue to be a defining part of the MSO’s and Melbourne’s DNA.

“We are proud to have served our community through these concerts for almost a century, and are humbled that they are loved and appreciated by so many people.”

The MSO staged its first free outdoor public concerts in late 1929 and early 1930. It was reported at the time that more than 100,000 people attended the series.

Today, the concerts are set in the iconic Sidney Myer Music Bowl and attract capacity audiences with an incredible 30,000 people attending in 2019.

The Sidney Myer Free Concerts have greatly contributed to Melbourne’s profile as the cultural capital of Australia and as a leading cultural destination throughout the world. They represent all that is treasured about the MSO – its accessibility, diversity and innovation – which sees the Orchestra as relevant today as it was when it was established in 1906.

Now in its 17th year, the Melbourne Awards are the City of Melbourne’s highest accolade, celebrating the inspirational Melburnians who dedicate their time and energy to making this city a world leader.

Winners will be announced at a special event on 16 November.