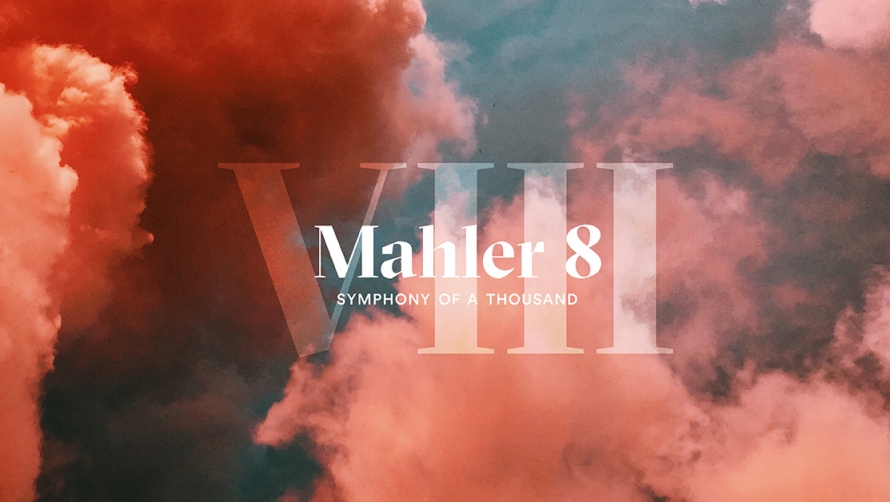 “I have just now completed my Eighth . . . (it) will be something the world has never heard the likes of before.”

Gustav Mahler knew from the beginning his 8th Symphony was something special. The composer wrote to a friend, the Dutch conductor Willem Mengelberg in 1906: “All my other symphonies have been preludes to this one.”

An ultimately uplifting, exultant view of the human spirit, Mahler’s 8th Symphony moved away from the darkness that was threaded through much of his earlier work. But between the 8th Symphony’s composition and premiere, Mahler’s life would be marked by three major tragedies. The man who composed this colossal musical expression of jubilant redemption in 1906 was not the same person by the time the piece premiered in 1910.

Mahler was one of the most respected musicians in Europe in 1906. Director of the Vienna Opera, he spent his summers composing in southern Austria, with his wife Alma (who was 19 years his junior) and their two young daughters by his side.

But the following year, as he completed the orchestration for his mammoth symphony, the family would be dealt a heartbreaking blow. Five-year-old daughter Maria Anna died of diphtheria in July and Gustav discovered he was suffering from a heart defect.

The impacts of Gustav’s heart disease, the terrible grief of losing a child and Alma’s subsequent depression were just some of the contributing factors in the breakdown of Alma and Gustav’s marriage over the following years.

Mahler was devastated when he discovered his wife’s affair with the young architect Walter Gropius, a matter of months before the 8th Symphony’s premiere in September of 1910.

But it was the way the affair was revealed to Mahler that would become an event of legend.

The handsome, confident Gropius (who would go on to become the head of the famed Bauhaus movement) sent a letter addressed to “Herr Direktor Mahler” detailing the passionate affair he’d been having with Alma in the weeks prior. Gustav was completely shocked and broken-hearted.

The composer’s outlook changed after a therapy session with none of other than Sigmund Freud. Mahler devoted himself to recapturing his wife’s heart. He dedicated his 8th Symphony to her and after conducting the premiere himself, in Munich in 1910 he told Alma: “Every note was directed at you.” It was the greatest success of Mahler’s career.