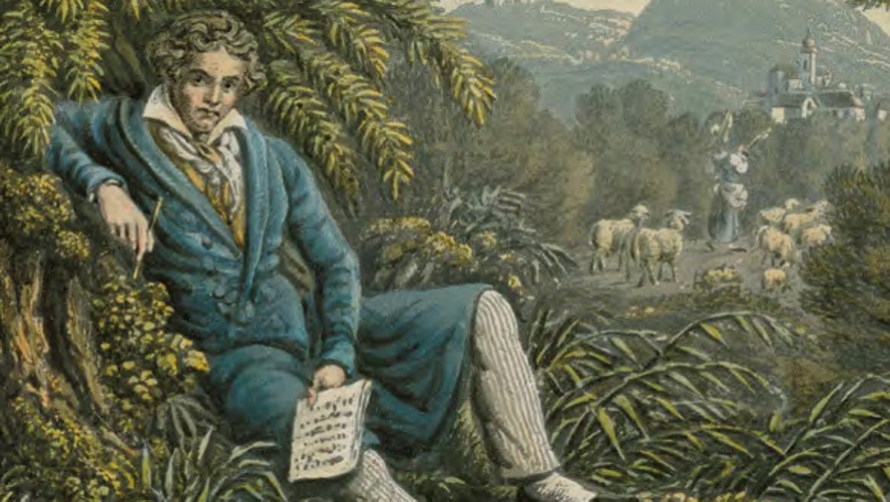 Beethoven’s Sixth Symphony – known as the Pastoral Symphony – is one of the few works by the composer with a ‘programmatic’ element, with the music representing (in this case) depictions of nature such as bird calls and a thunderstorm.

Beethoven was famously a lover of nature, often composing in rural settings and going on walks through the country. So it is no surprise that he was inspired to incorporate the sounds and sensations of the countryside in one of his works, to thrilling effect.

But did you know that this symphony – considered Beethoven’s ‘warmest’ – was composed at the same time as his famous Fifth Symphony? In fact, both works premiered at the same concert in 1808!

If we can digress for a moment, much has been written about the ‘Fate’ motif that begins the Fifth – da da da dummmm – with one popular interpretation being that it represents Fate knocking at the door. But there’s a lesser known theory, put forward by Beethoven’s student Carl Czerny, that this motif was in fact inspired by the song of the yellowhammer bird commonly found in Vienna parks. This is an intriguing possibility – perhaps the ‘missing link’ between these two works!

In 2020, in celebration of the 250th anniversary of Beethoven’s birth, the MSO joins artists around the world for the United Nations’ Beethoven Pastoral Project on World Environment Day in June. In support of a sustainable environment and a better world for millions of people, this international project aims to inspire our city to take a stance on climate change. Because while we can still celebrate our glorious natural environment, Fate still knocks on the door…