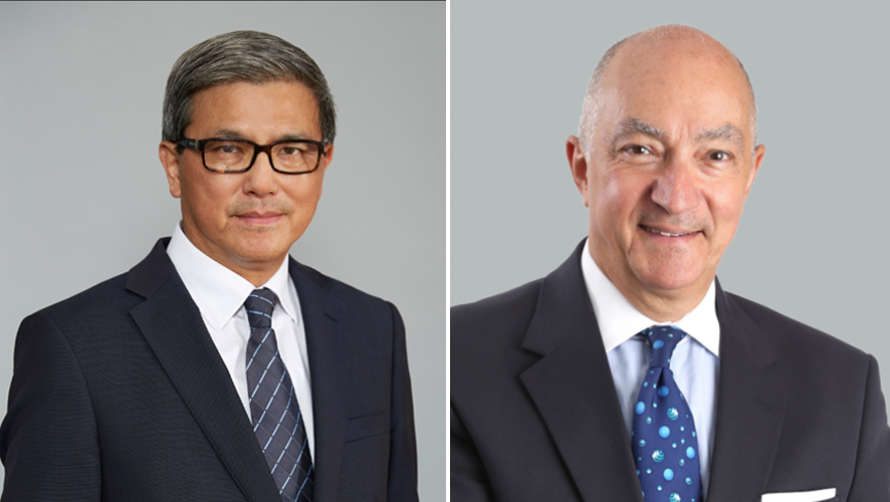 The Melbourne Symphony Orchestra congratulates David Li, Deputy Chairman of the MSO Board, and David Krasnostein, MSO Board member, on their appointment as Members of the Order of Australia.

“On behalf of the staff, musicians and Board of the MSO, we are delighted that both David Li and David Krasnostein have been recognised for their significant services to the community and to business,” said MSO Managing Director, Sophie Galaise.

A generous patron of the MSO before joining the Board in 2013, David became Deputy Chairman in November 2018. David plays a key role in assisting the company to establish deep engagement with major artists and cultural institutions in China. Most notably this includes his contribution to the MSO’s four-year partnerships with the National Centre for Performing Arts, Beijing, and Shanghai Philharmonic Orchestra which will see reciprocal residencies and side by side performances for musicians in our respective countries. David also played an important role in the collaboration between the ABC, the Shanghai Media Group and CCTV for the broadcast of the MSO’s 2018 Chinese New Year Concert into China. Under his guidance, the MSO developed the highly successful East Meets West program which has as its flagship event, the annual – and highly acclaimed – Chinese New Year concert. Recently, the MSO was awarded the 2019 AusCham Westpac Australia-China Business Award for Business Innovation, Creative Industries and the Digital Economy. This prestigious award acknowledged the MSO’s excellence and innovation in forging meaningful connections with China, and for its ongoing commitment to developing its respective artists and audiences. The MSO is extremely grateful to David for his contribution that has led to this recognition.

David began his working life as a musician, completing his postgraduate study in Advanced Performing Arts at the Victorian College of Arts, University of Melbourne. Moving into business, David has become a formative figure in Australia-China relations, particularly in the realm of classical music. Amongst other endeavours, he is on the Board and a patron of 3MBS Fine Music Radio Corporation, a Leading Patron at Opera Australia, and supports the next generation of musicians through the David Li Music Scholarship at the Sir Zelman Cowen School of Music, Monash University.

David has been a Board member of the MSO since 2014 and is currently Chair of the Governance Committee and a member of the Advancement and Finance Committees. Recently, David has played a crucial role in overseeing the strategy to raise and accumulate capital to ensure the long-term viability and financial security of the MSO. David and his partner, Pat Stragalinos, are long-term patrons of the MSO, giving generously to the company’s operations and through fundraising campaigns and events.

David Kransnostein is Chairman of Arch Finance Pty Ltd and Melbourne University Advisory Board for the Master of Banking and Financial Services Law. He is a member of the Advisory Board of Qualitas Pty Ltd, and a Director of The Hellenic Museum of Victoria and the National Breast Cancer Foundation.