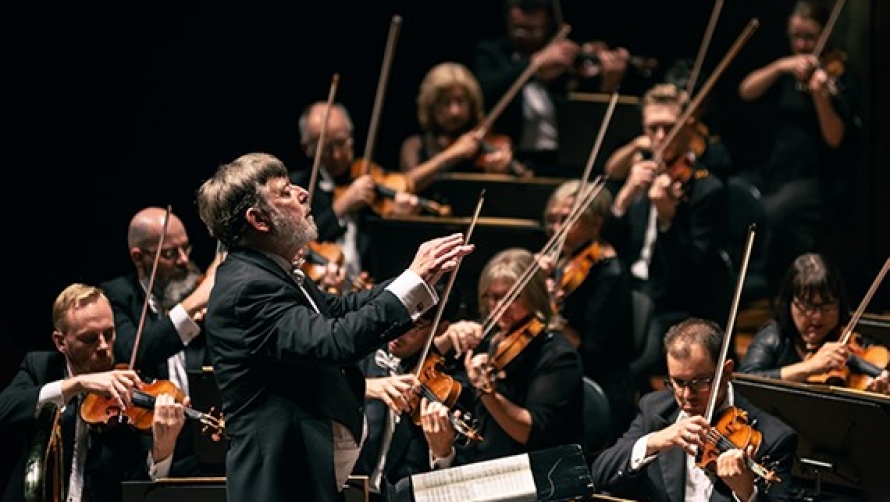 For the first time in almost 50 years, the Melbourne Symphony Orchestra is touring the United States of America, showcasing Australia’s most established orchestra to new audiences in Chicago, Washington, D.C., Worcester (MA) and New York City this October.

The first stop on the tour will be a momentous performance and the MSO’s debut at Symphony Center in Chicago on 14 October, conducted by Benjamin Northey. Presented by Anthony Pratt and the MSO, this specially-curated performance will commemorate the 50th anniversary of the moon landing and feature space classics from Star Wars, E.T. the Extra-Terrestrial, Holst’s The Planets, Star Trek, Apollo 13 and 2001: A Space Odyssey.

“The Melbourne Symphony Orchestra is thrilled to make its Chicago debut and to commemorate a monumental moment in history” Managing Director Sophie Galaise said. “The 50th anniversary of the moon landing is a global milestone and we look forward to bringing people together to celebrate in a unique and exciting way that will be a feast for the eyes and ears.”

MSO Chief Conductor Sir Andrew Davis will lead the Orchestra with performances at the Kennedy Center in Washington, D.C. on 16 October, and the Mechanics Hall in Worcester on 18 October.

Revered around the world for his masterly performances of Beethoven, Chopin, Mozart and Schubert, legendary American pianist Garrick Ohlsson joins the MSO in these two concerts performing Beethoven’s adored Piano Concerto No.4.

The MSO was the first Australian orchestra to play at New York’s Carnegie Hall in 1970 and will return this year to perform works by contemporary Australian composers, alongside orchestral classics. MSO Concertmaster Dale Barltrop will play-direct the Orchestra in a special grand finale event on 20 October.

“It has been nearly 50 years since the Melbourne Symphony Orchestra last performed in the United States, and we are beyond excited at the prospect of returning to fly the Australian flag in one of the world’s most iconic music venues,” Barltrop said.

“Our New York program will feature stunning contemporary works for string orchestra by two of Australia’s leading composers, Carl Vine AO and Iain Grandage, alongside the music of Rossini and Schubert.”

The MSO’s 2019 USA Tour celebrates more than a century of mateship between Australia and the United States. The tour will bring Melbourne’s finest musicians to the premier concert halls of the USA’s north-east.