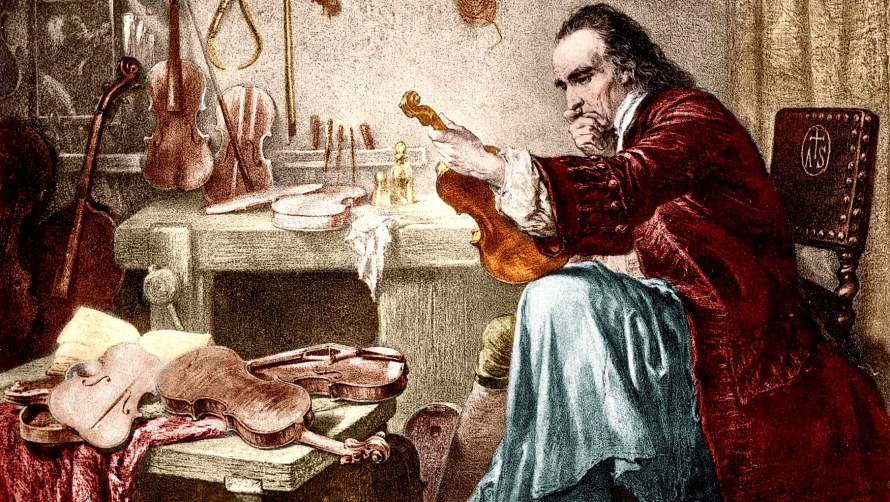 The instruments created by one of the most famous luthiers of all time still remain synonymous with musical excellence, even hundreds of years later. We explore why this is the case…

Antonio Stradivari is one of the most well-known luthiers of all time. Born in 1644, he established a shop in Cremona, Italy, where he actively worked until his death in 1737.

It is estimated that during his lifetime, Antonio created more than 1,100 instruments, ranging from violins, violas and cellos to guitars and harps. It is believed that only 650 of these instruments are around today. Antonio’s instruments are recognized by their Latin inscription: Antonius Stradivarius Cremonensis Faciebat Anno [date] (Antonio Stradivari, Cremona, made in the year …).

The inscription found on Stradivarius instruments

Stradivarii instruments are considered to be some of the finest instruments ever made, and are highly regarded amongst professional musicians. Many people have speculated about why these instruments are so well respected, and there are a number of factors that are believed to contribute to their status.

Antonio used a number of different woods to create his instruments, many of which contained spruce in the top section, willow in the internal lining and blocks and maple in the back, rib and neck sections. There has been much discussion about what formed the varnish that Antonio used on his instruments, but Joseph Nagyvary, a professor emeritus of biochemistry at Texas A & M University, believes that the varnish is what sets these instruments apart.

Stradivarius Violin in the Royal Palace in Madrid

Another theory is that the ‘f’ holes in Antonio’s instruments, which are more elongated than those found in earlier medieval instruments, assists in producing a stronger and fuller sound from the instrument. Researchers from the Massachusetts Institute of Technology found that not only are these f-shaped holes vital to the sound created by a Stradivarius, but the thickness of the instrument’s back plate also contributes to the acoustic power. The thicker base plates that are found in Stradivarii, along with the elongated ‘f’ holes, may be the reason that these instruments are still highly regarded hundreds of years after they were created.

Although there have been many studies exploring why the quality of sound that these instruments possess is associated with superiority, many of the luthier’s secrets remain a mystery. Still, there is no doubt that they still remain synonymous with musical excellence.

Next month, Ukranian-Israeli violinist Vadim Gluzman is bringing the extraordinary 1690 ‘ex-Leopold Auer’ Stradivari to Melbourne to perform with the MSO. On extended loan to him through the generosity of the Stradivari Society of Chicago, the ‘Auer’ is an example of Antonio’s early masterpieces. The extraordinary violin, which takes its name from the influential teacher Leopold Auer, is constructed with Italian maple and features a copper-coloured varnish.

Vadim Gluzman with his Stradivarius