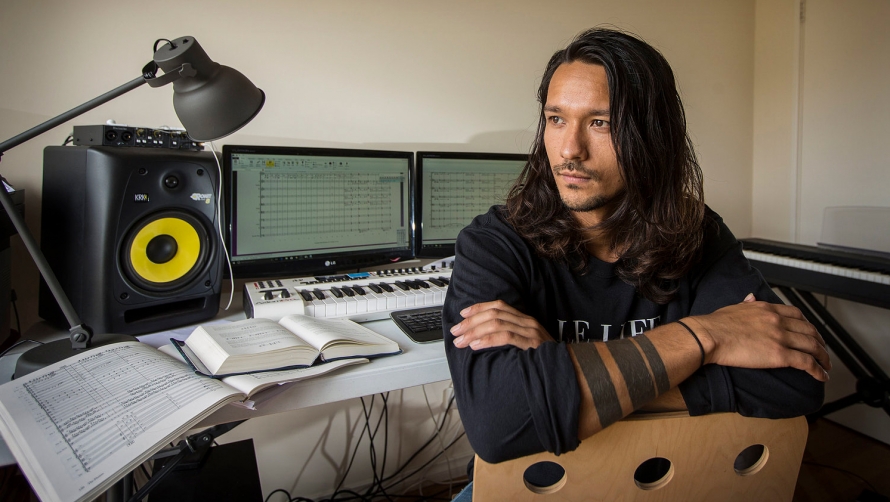 World premieres by three of the most exciting young composers on the Australian music scene headline the 2019 Metropolis New Music Festival, where the Melbourne Symphony Orchestra celebrates the finest national and international living composers.

One of these premieres will be the latest piece by MSO 2019 Cybec Young Composer in Residence Mark Holdsworth, entitled Cri de Coeur.

“Cri de Coeur is a piece that asks you to look inward, question your ideologies, and apply yourself in a manner that restores and preserves our humanity.”

The Melbourne Symphony Orchestra premiered Holdsworth’s L’appel du vide last year, as part of the Cybec 21st Century Australian Composers’ Program. Perth-based Holdsworth was then appointed the 2019 Cybec Young Composer in Residence of the MSO. Cri de Coeur follows the premiere of A Hero’s Journey, which was performed by the MSO at the Sydney Myer Music Bowl Free Concert Series in February.

Ahead of Metropolis, we asked Mark what audiences can expect from his latest work.

Cri de Coeur (French for Cry from the Heart) is a desperate plea for compassion and love in a time of prevalent discrimination, violence and loneliness. The piece commences with a violin solo that gradually calls forth instrumental sections like an orchestral resurrection.

The subject matter is solemn and as such, the music carries a sense of heaviness and responsibility, conveyed through fragile hope. This is foiled by a cacophony of relentless violent gestures, frenetic chromaticism and aesthetic primitivism that symbolises the carnal hatred that impedes our humanity. I liken this section to a dance macabre. This is ultimately subverted by the return of the opening theme which closes the piece with a hopeful resolution.

Cri de Coeur is a piece that asks you to look inward, question your ideologies, and apply yourself in a manner that restores and preserves our humanity.

What inspired you to write Cri de Coeur?

I composed Cri de Coeur in response to the condition of our current socio-political climate as depicted through the media saturation of war, terrorism, and human cruelty. It also challenges the approach the media have towards reporting on such matters.

Cri de Coeur is a humanitarian plea — it is a deficiency of compassion, compounded by inaction and apathy that nourishes the evils of humankind.

To restore our dignity, offer and accept forgiveness and near ourselves as close as possible to peace, it is integral that we conscientiously approach all people, known and unfamiliar, friend and foe, with equal compassion.
Compassion and its necessity, is the tenor of Cri de Coeur.

Cri de Coeur will be performed by the MSO, led by conductor Clark Rundell, alongside Ade Vincent and Lior’s Forever Singing Winter into Spring and Louis Andriessen’s Vermeer Pictures.