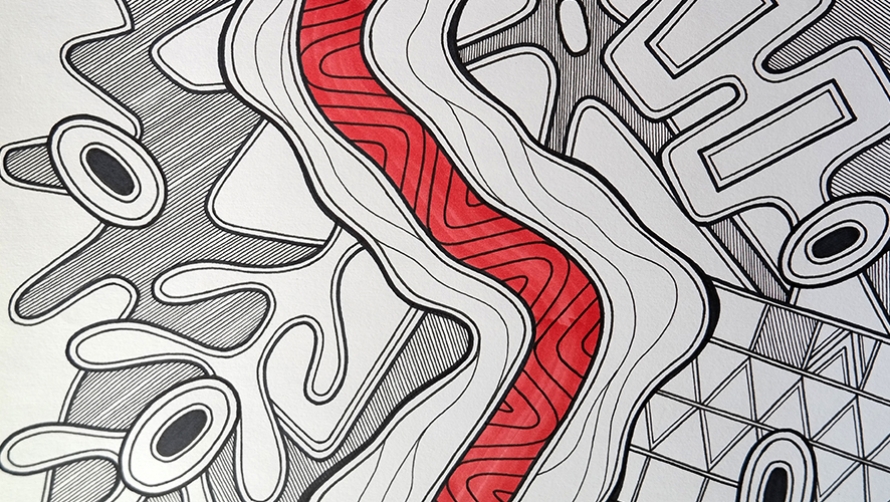 Just a little over 4 hours drive from Melbourne lies a battlefield haunted with the memory of war and loss of life. Walking on this land, you are surrounded by restless warrior-spirits. A powerful feeling. A fearful feeling. An inescapable feeling.

The name Eumeralla is unlikely to be among the theatres of war that you could name.

The history of battles fought and the lives that were lost is almost unknown to anyone outside the Aboriginal community. It is more than 170 years since the last shots rang out in the country of the Gunditjmara… but the land is not silent.

The voices of those who lost their lives in defence of their country ring in your ears as you stand amongst the lava flow of south west Victoria. Unlike other theatres of war such as ANZAC Cove and the Somme, where peace was declared and relationships restored with the Turks and Germans, no such peace was declared in the resistance wars, no such restoration.

Whilst the Gunditjmara uphold the memory of their warriors slain, most Australians are yet to understand this history. Without this understanding there can be no resolution – and as such, the land remains haunted.

I first walked on this battlefield in 2013. I felt it right away. I was moved and I was disturbed. Given the chance to camp on that land I couldn’t sleep nor could I find rest. It woke something in me and my immediate response was music. A song, A Requiem. A War Requiem, named in honour of one of the most brutal resistance wars fought on this continent. It will be sung entirely in the ancient dialects of the Gunditjmara people and it is designed for non-Indigenous Australians to sing along-side Indigenous brothers and sisters.

We need a way to ease the troubled spirit of the battlefields of the Eumeralla. It is my hope that this war requiem will help the spirits of those who fell – those who resisted and their aggressors, to find a lasting peace and that we their descendants might find our way to deeper understanding of the legacy of these battles. For you, for me, for all who were lost in a war Australia has yet to find a way to talk about. Eumeralla, a war requiem for peace will break the silence of so many decades and serve to amplify the importance of our nation’s shared history.

One day I hope to walk on that country and feel no restless spirit – just the strength of two thousand generations of lives lived and culture sustained.