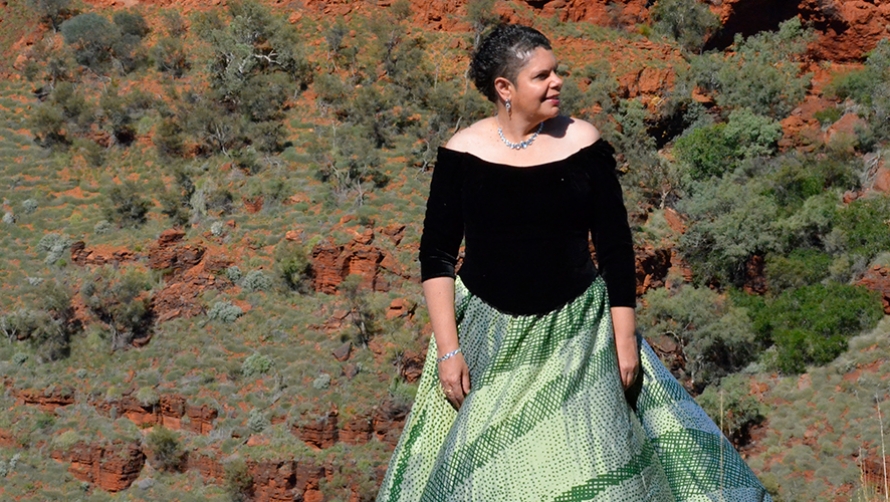 This June, the Melbourne Symphony Orchestra presents Deborah Cheetham’s Eumeralla, a war requiem for peace, a moving and historically relevant work based on the Resistant Wars in South Western Victoria between 1840-1863.

Written and composed by acclaimed Yorta Yorta soprano, composer and Artistic Director of Short Black Opera, Deborah Cheetham AO, this requiem for peace, will be sung entirely in the ancient dialects of the Gunditjmara people.

Deborah Cheetham said the performance brings into focus a period of Australia’s history that is yet to be fully understood.

‘I first walked on the battlefield in 2013. The voices of those lost were so loud that it woke something in me and my immediate response was music. A song. A Requiem. A War Requiem, named in recognition of one of the most brutal resistance wars fought on this continent.

‘It is my hope that this requiem will help the spirits of those who fell to find a lasting peace and that we, their descendants, might find our way to deeper understanding of the legacy of these battles.

‘One day I know I will walk on that country and feel no restless spirit – just the strength of two thousand generations of lives lived and culture sustained,’ said Ms Cheetham.

The Eumeralla Wars were a series of battles that took place between 1840-1863 between the Gunditjmara clans of South Western Victoria and those who came to dispossess them of their land in the Portland Bay district. The battles where thousands of indigenous Australians were killed, came to be known through contemporary accounts, including diaries and letters describing the events in detail. The history of the battles fought over the 23 year period have drawn a deafening silence in the 170 years since the last shots rang out and the lived experience of those Gunditjmara who survived.

Deborah Cheetham’s work provides an opportunity for the MSO Chorus, a largely non-indigenous choir, to learn the major choral piece entirely in the ancient language of the Gunditjmara people, creating a powerful way to engage and enlighten those unfamiliar with the history of the resistance wars. Audience members will be provided with an English translation of the work to gather a full understanding of the historical significance of the requiem.

Eumeralla, a war requiem for peace recognises the lives lost on both sides of the fighting and allows peace to be declared, amplifying the importance of our nation’s shared history.

In 2019, the Melbourne Symphony Orchestra celebrates the United Nation’s International Year of Indigenous Languages and the 10th anniversary of Short Black Opera and the Dhungala Children’s Choir.

Eumeralla, a war requiem for peace has been made possible with the help of Gunditjmara language custodian Vicki Couzens and linguist Kris Eira. Presented in collaboration with Short Black Opera.

Eumeralla, a war requiem for peace runs for 75 minutes without interval.