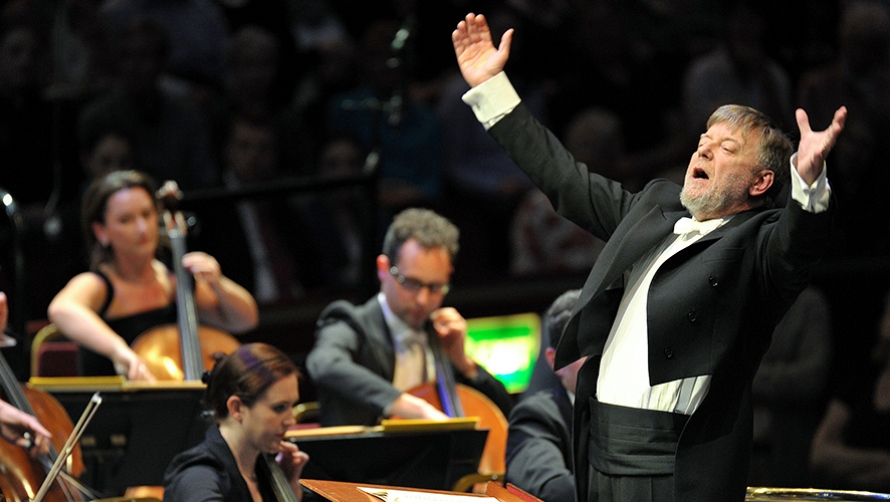 The MSO is proud to announce that its Chief Conductor, Sir Andrew Davis, has won the prestigious Diapason d’Or de l’Année (Musique Symphonique) for his recording of Sir Edward Elgar’s Falstaff with the BBC Philharmonic and Roderick Williams (released November 2017 on Chandos Records).

The Diapason d’Or (literally ‘Golden Tuning Fork’) is a recommendation of outstanding classical music recordings given by reviewers of Diapason magazine in France. It is widely considered equivalent to ‘Editor’s Choice/Disc of the Month’ in the British Gramophone magazine.

Sir Andrew Davis CBE is the Chief Conductor of MSO and Music Director and Principal Conductor of the Lyric Opera of Chicago.

Maestro Davis’ career spans over forty years during which he has been the musical and artistic leader at several of the world’s most distinguished opera and symphonic institutions, including the BBC Symphony Orchestra (conductor laureate; chief conductor 1991–2004), Glyndebourne Festival Opera (music director 1988-2000), and the Toronto Symphony Orchestra (conductor laureate; principal conductor 1975-1988), where he has also been named interim artistic director from 2018-2020. He also holds the honorary title of conductor emeritus from the Royal Liverpool Philharmonic Orchestra.

At the end of 2019, Sir Andrew will step down from his role as Chief Conductor with the Melbourne Symphony Orchestra and will continue his artistic relationship with the orchestra as Conductor Laureate, continuing his focus on delivering world-class performances of repertoire close to his heart.