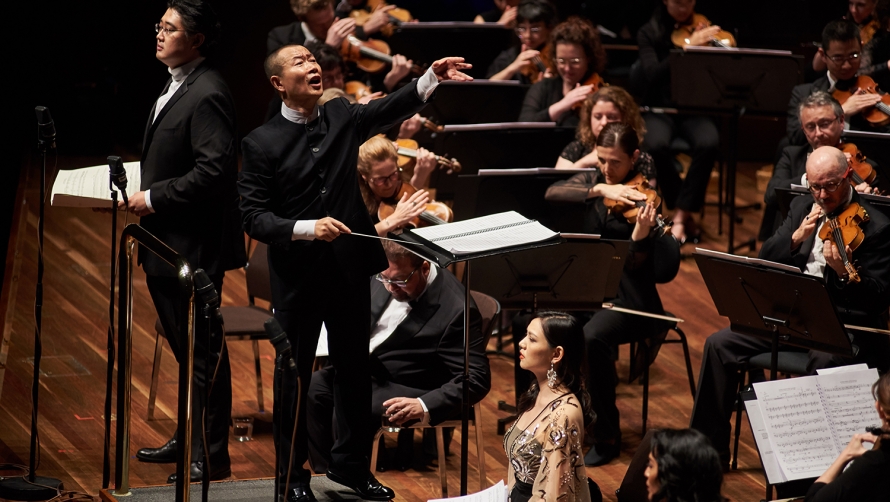 This rare appointment acknowledges the close relationship between Maestro Tan and the MSO, and celebrates his extraordinary contribution to classical music.

The connection between Maestro Tan and the MSO began in 2013 with a performance of Martial Arts Trilogy. A year later, he returned to conduct the Australian premiere of his Concerto for String Orchestra and The Triple Resurrections. Since then, Maestro Tan has been very closely associated with the MSO’s annual Chinese New Year concert which he will again conduct in 2019.

Describing his relationship with the MSO, Tan Dun says: “The high quality of the musicians is why I return and why it is always a pleasure to work with the Melbourne Symphony Orchestra. As a conductor and a composer I can achieve everything I want with this fine orchestra and I am deeply honoured to accept the title of MSO Artistic Ambassador.”

As a composer and conductor, Tan Dun is one of the greatest living artists whose work seamlessly weaves together Eastern and Western classical traditions. From the Academy Award®-winning score for Crouching Tiger, Hidden Dragon to radically experimental compositions for organic materials such as water, paper and wind, Tan Dun has again and again been proven as one of the truly compelling musical forces of this era.

The announcement will be made at the Australian premiere of Tan’s Buddha Passion a joint commission by the MSO with Dresdner Musikfestspiele, New York Philharmonic and the Los Angeles Philharmonic.