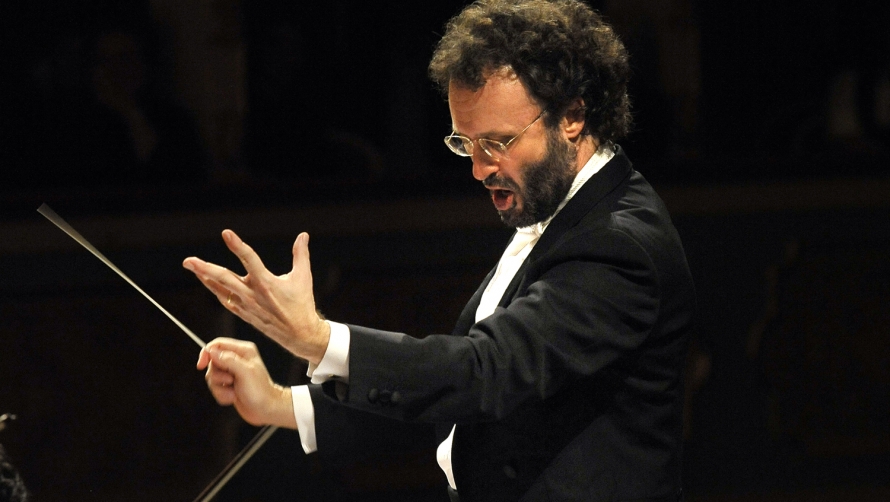 Conductor and composer, Andrea Molino, returns to Melbourne to make his performance debut with the MSO this June. Collaborating with superstar, Thomas Hampson, Andrea speaks about the program and why it’s a special one for Melbourne and Geelong audiences to experience.

I am particularly proud of this program. First of all, it features four splendid pieces by three of my favourite composers. The program will also introduce the audience to two pieces that they may not be familiar with: Mahler’s Totenfeier and Messiaen’s Le Tombeau Resplendissan. To me the strength of this program is the coherence of its narrative. It’s kind of self-explanatory that all four pieces deal with the theme of death; but in four different and fascinatingly disparate ways.

These two lesser-known pieces intrigue me because both of them were rediscovered in recent times. Totenfeier, an early symphonic poem which Mahler later developed into the first movement of his second symphony, was rediscovered and published in the 1980s. Although it is performed fairly often, it’s still overshadowed by the beauty of his second. I find it so interesting that in 1896 Mahler conducted a similar program to the one I will be presenting with the MSO, he first conducted Totenfeir and later Songs of the Wayfarer (Lieder eines fahrenden Gesellen). What a pleasure it is to be offering audiences in both Melbourne and Geelong the chance to experience these two pieces back-to-back.

Messiaen’s Le Tombeau Resplendissant is, similar to that of Totenfeier, an early symphonic poem. It was written when the composer was 23 years old, and was still suffering the despair following the death of his mother. The story goes that Messiaen was not happy with the first performance of the piece, and as such retired it, thus prevented this brilliant and intense piece from receiving the acclaim it deserved. Very recently it was rediscovered and is now being increasingly performed, but in my opinion, it still does not receive the love and attention it deserves. It’s a stunning piece to hear live!

I’m ecstatic to have the opportunity to introduce myself to the people of Melbourne and Geelong. The repertoire is so beautiful, and to be able to do it with incredible artistic partners, Thomas Hampson and the MSO, is such an honour.