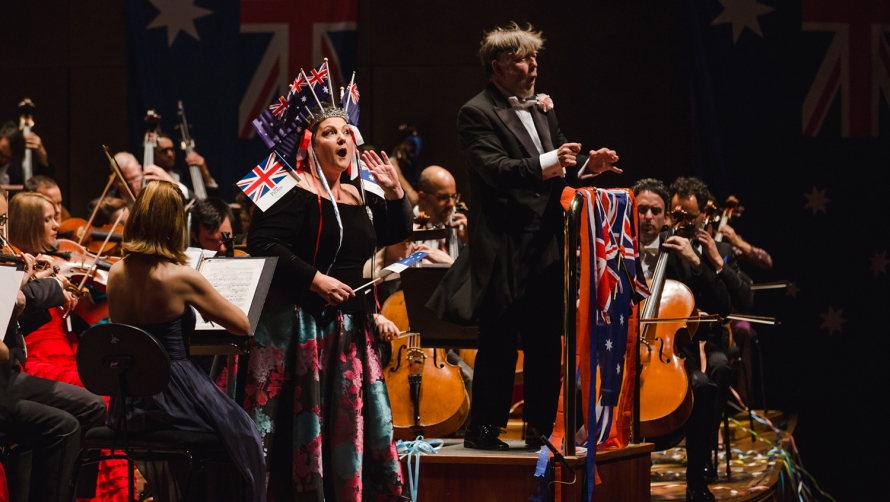 Book Tickets to the Proms

Just last month, while waiting in line for an ice cream at the Sidney Myer Music Bowl, I overheard a lady commenting to a friend that her family had been enjoying the MSO free concerts for over 40 years. She had been in attendance for more than 20, other than the year her husband had booked a February holiday to the U.K. without consulting her. A mistake, I imagine, he’ll not be making again!

Such is the tradition of the MSO free summer concerts; a season enjoyed by generations of families; a first opportunity for many to hear a live classical performance, and a festival which, when firmly pencilled in to a calendar, all other activity is organised around! From the other side of the podium it’s an opportunity for the Orchestra, true to the vision of the late Sidney Myer (and continued by his family’s foundation), to give back to the Melbourne community.

It was in 1894 – a mere 35 years before the first MSO free, open-air concert – the manager of the Queen’s Hall, London, Mr Robert Newman, proposed to the young conductor Mr Henry Wood, his plans of a series of concerts to be held over the English summer. Newman hoped the concerts “…would educate the people about classical music and hopefully make it more popular.” And so, with Mr Wood at the helm, the first of the Proms, or as they were then known “Mr Robert Newman’s Promenade Concerts” was performed in London on August 10, 1895.

One-hundred and eighteen years and much history later, the Proms (now the BBC Proms) has become one of the world’s most prestigious music festivals! Consisting of over 70 concerts at the Royal Albert Hall, The Proms encompasses symphonic staples performed by major British and international orchestras, to contemporary jazz and pop – even once a world premiere of Dr. Who in Concert. Similar to that of the MSO’s free concerts, there is truly an offering for everyone, regardless of musical taste, or knowledge! 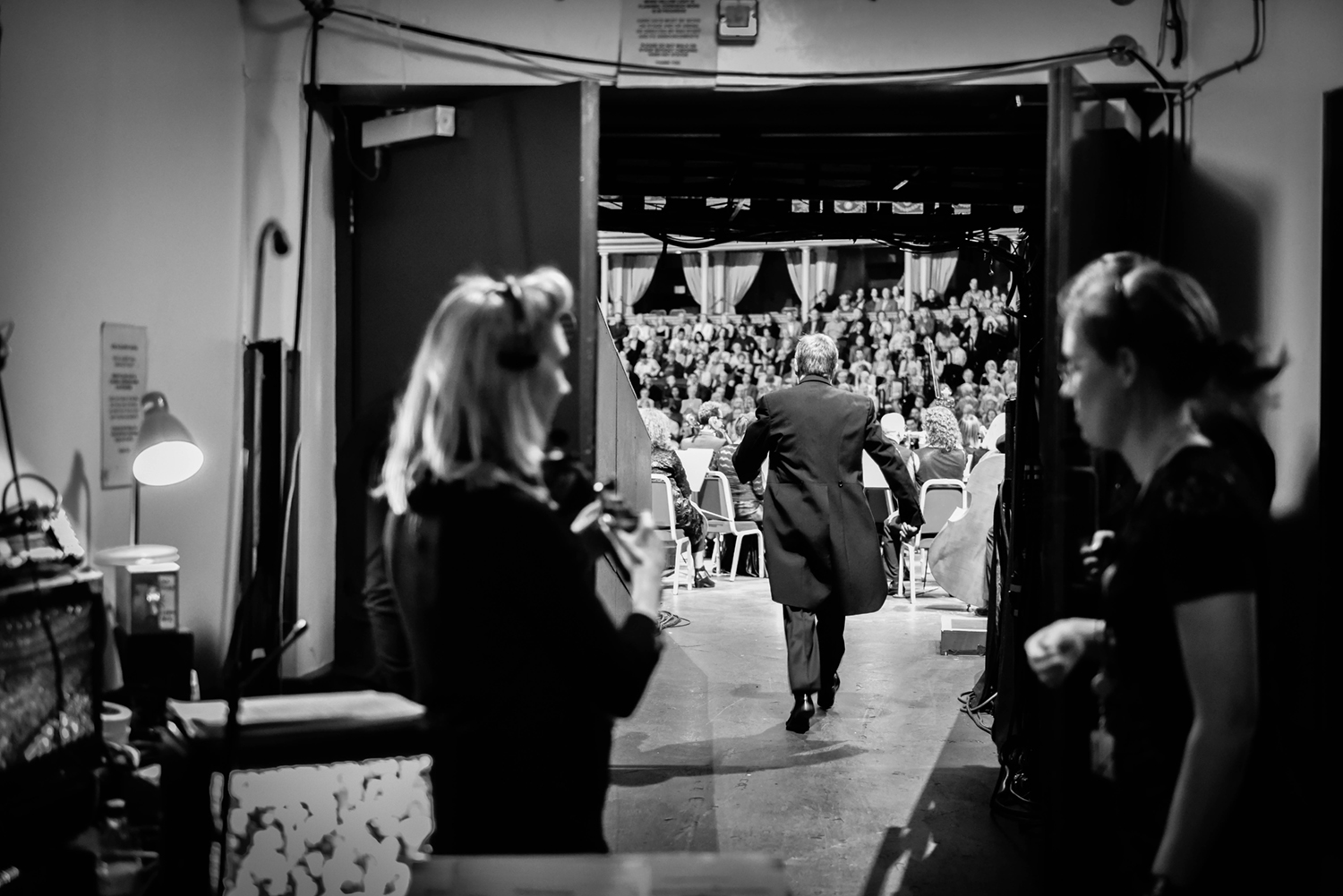 Sir Andrew Davis walking onto the stage at Royal Albert Hall, London ready to conduct the MSO at The Proms

But what is ‘The Last Night of the Proms’?

It’s just that. The finale performance of the yearly 8-week Proms season, and one that’s steeped in tradition. This is an amazing, bizarre, uniquely British event, albeit not just for locals. At the Last Night, the more uptight aspects of classical music – the judging of those silly enough to clap between movements, or the frowning at those unable to stifle a cough/sneeze/other-necessary-bodily-sound – are left firmly at the concert hall door.

The ‘Prommers’, certainly those who stand in the arena section of the Albert Hall, festoon themselves in everything from Union Jack vests, suits and socks to Viking helmets, while carrying an array of flags – mainly U.K., but you don’t have to look far for the occasional Australian, South African or New Zealand flag among them.

The first half is given to more a traditional, sometimes heady program of music, whilst the second half tips over into high-spirited atmosphere, which traditionally includes a large dollop of Britannica – from Elgar’s “Land of Hope and Glory” to Parry’s stirring “Jerusalem”. 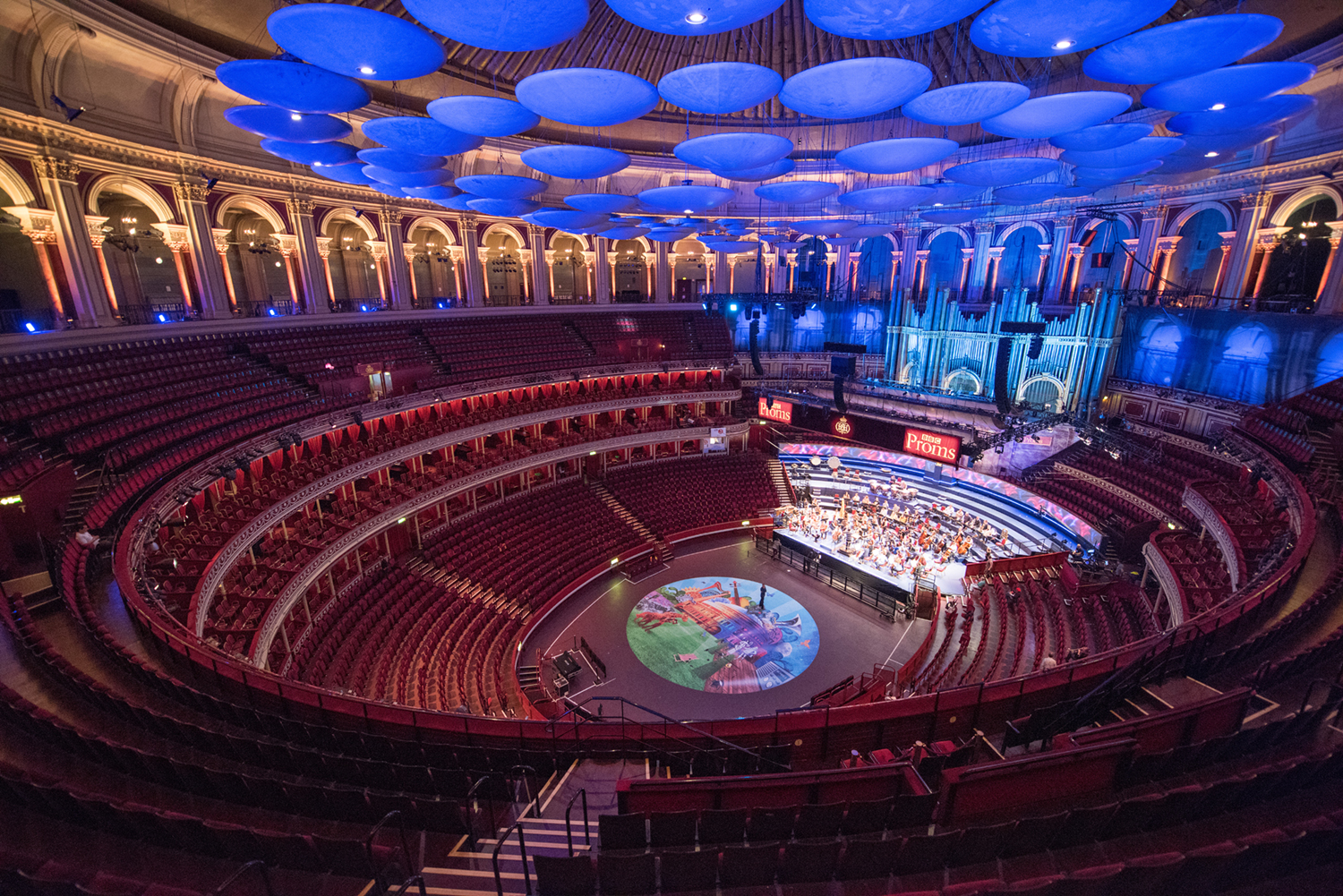 It’s rare, culturally, to travel to any corner of the globe, and not bump into an Aussie on or backstage. We love joining in on international celebrations! ABC Classic FM has long broadcast Proms concerts, and watching the annual televised broadcast of the Last Night has now become a yearly tradition in many Australian households (especially mine!), along with the likes of Wimbledon, the Oscars, and dare I say it, the Eurovision Song Contest. Such is Australia’s appetite of all things international, we’ve even muscled in on Eurovision (and done very well, thank you!). Which is why it came as no surprise that the MSO made their long anticipated – and triumphant – Proms debut in 2014. 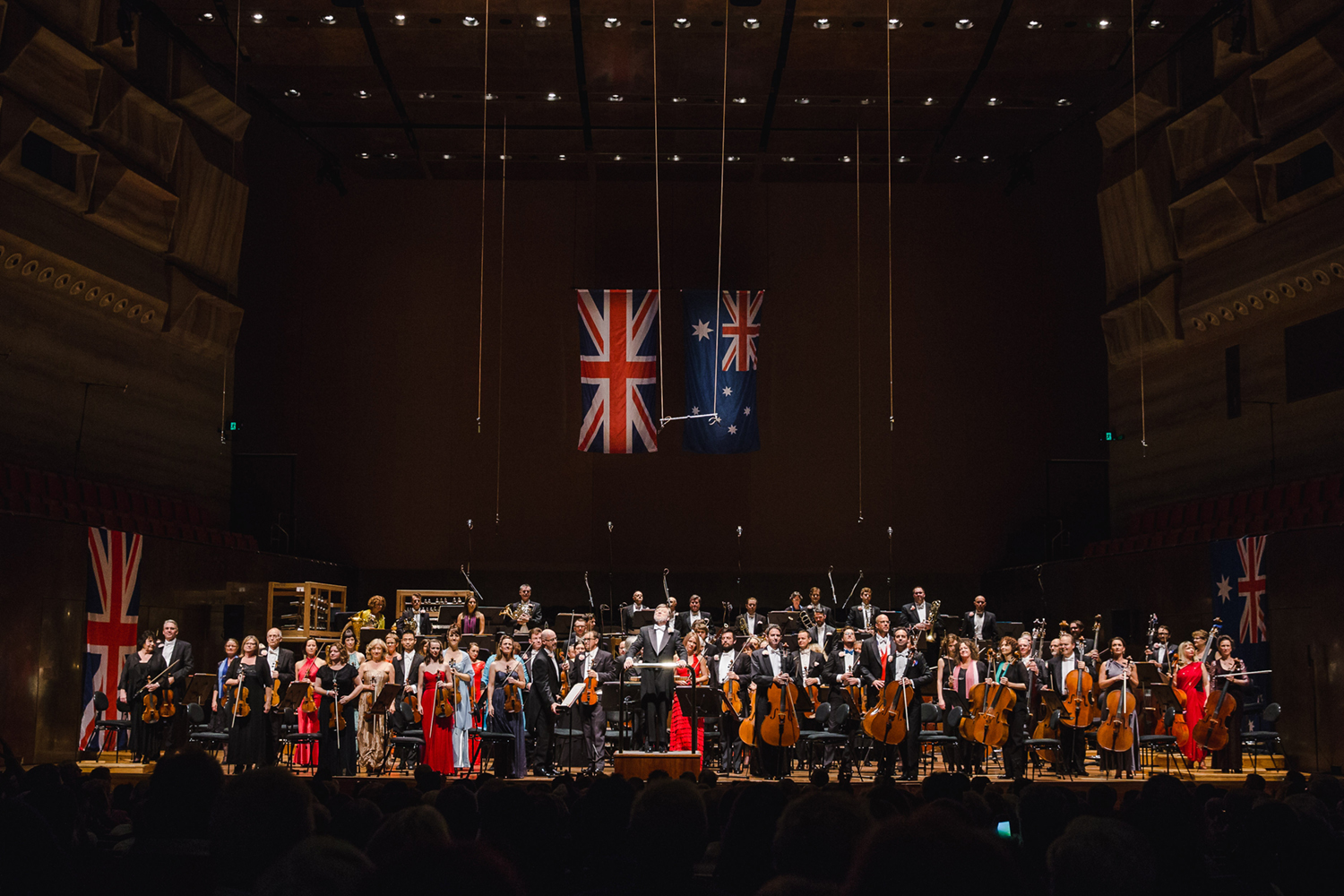 Our own ‘Maestro Proms’, Sir Andrew Davis, has conducted more Last Nights than any other in recent history, and with him we’re again bringing the history and tradition to Melbourne for the third year in a row.

With a local and international cast, a world premiere and all the raucous infectiousness of a football game, it’s certainly a not-to-be-missed confetti cannon of a concert. In the words of the incomparable ‘British Brunnhilde’, Susan Bullock, “There’s so much depressing stuff going on around us all the time that I think on one Saturday night in the year people should come together and have a good old singsong and join hands and have fun and just celebrate for a change.”

Now that’s something else to pencil into the calendar each year.

Book Tickets to the Proms

Stephen McAllan is the MSO’s Artistic Liaison. His first taste of The Proms was in 1994, when he watched Sir Andrew lead the BBC Symphony through their Last Night performance. It was 20 years later that he returned to the Royal Albert Hall, with Sir Andrew for the MSO’s first performance at the world’s biggest classical music festival.
Back to Top