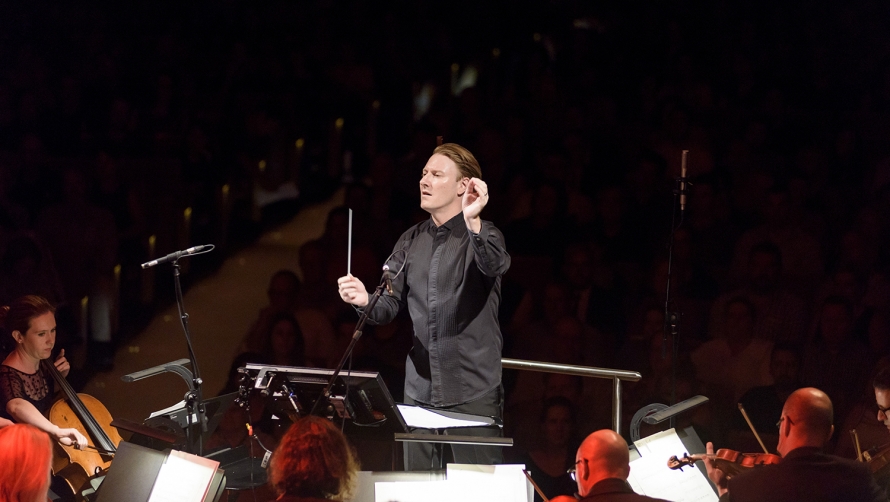 I think of the extraordinary world of the classical masters Haydn and Mozart, the genius of Beethoven and Schubert through to the romantic world of Brahms & Mahler as well as the ground breakers of the early twentieth century Schoenberg, Berg and Webern.

However no music captures the opulence and abandon of the golden age of late nineteenth century Vienna more than the music of the Strauss family, particularly the ‘Waltz King’ Johann II.

This is the music of the late Hapsburg Empire burning brightest at the very end, whirling out of control like the waltz, a victim of its own excesses. But oh boy did the Viennese know how to have a great time! Johann Strauss II was the famous musical pop star of the day. His music still has its hooks in our ears to this day, nobody could write a tune quite like Strauss.

The historic 19th century opulence of the Melbourne Town Hall is the perfect house to conjure the spirit of this music and we have curated a collection of some of the most iconic music of the age. You’ll hear famous melodies from Die Fledermaus, the unforgettable tunes from waltzes and polkas such as The Blue Danube and the Emperor. Star Australian soprano Emma Matthews, an MSO favourite, returns to sing many great songs including the unforgettable Vilja of Franz Lehár from his operetta The Merry Widow. It’s a night of fun, celebration, wonderful music along with a few special surprises to look forward to!

Join us in the Melbourne Town Hall on May 4 for a side-swaying, toe-tapping feel good night out with the MSO.

Book tickets to An Evening in Vienna