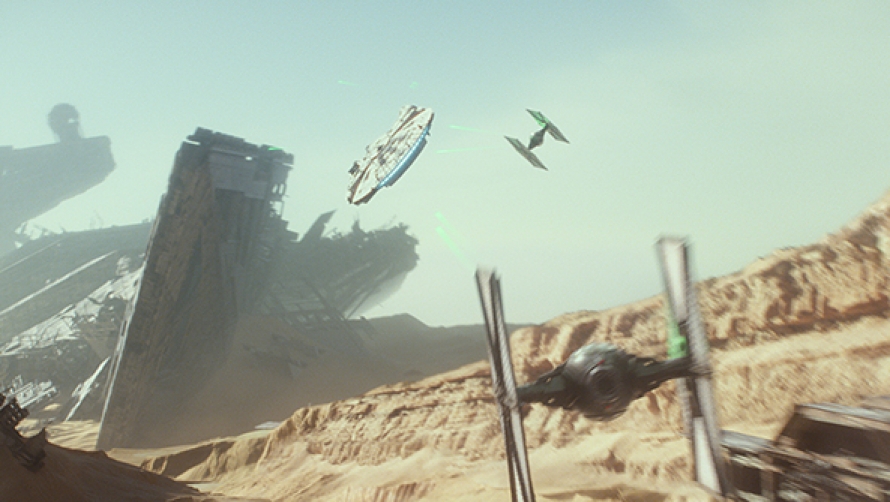 Learning a score or a soundtrack is very much like learning everything else you do as a musician. We have to spend hours rehearsing together. Everyone knows their own part but having to put that all together with the full orchestra and the conductor is always a tricky thing. That’s why we spend a good two and a half days before a concert putting it all together.

When you go to the cinema or watch a movie at home on your TV screen, you can forget that the music is there because you are distracted by the storyline. With John Williams’ scores, he writes so that every character has its own theme, especially in Star Wars. It’s very important music and he writes it so beautifully.

For a concert such as Star Wars, musicians have a click track in their ears where the music is timed perfectly to the film. The conductor has this track out the front as well and a small screen that shows where the music and film is up to. We play along with that.

We want people to come along and watch the movie on the screen, but it’s hearing the score live with a symphony orchestra that is seriously exciting.

We have performed quite a few John Williams’ scores recently including Indiana Jones and the Raiders of the Lost Ark (in 2016), Jurassic Park (in 2017), and in November this year the first two Harry Potter films.

John Williams has created hundreds of scores. I liken him to a modern day Beethoven or Mahler – his orchestration is so wonderful, it’s just as good as some of the early composers.

The great part of our job as orchestral musicians is that we are so diverse in everything that we do; we get to do the electronic music with big name stars, the soundtrack work and of course core classical performances.

I first picked up a trumpet when I was nine years old. When I first started out in 1990, the Star Wars theme song was iconic for trumpet players. The theme song was performed by the London Symphony Orchestra and the musician who played that music on the trumpet was Morris Murphy and it was his first day on the job, recording Star Wars, and he has gone on to become one of the most influential trumpet players of our time.

I loved the trumpet as soon as I picked one up. From the first couple of years of playing it, it was always going to be the thing that I wanted to grow up doing. It’s my livelihood. It’s my full time job and full time passion.

You need a good set of lungs to be a good trumpet player and musicality more than anything else, and being able to play a tune.

My trumpet isn’t shiny. It’s not silver plated or lacquered as most of them are; it’s had all of that taken off it. I stripped it back as I believe it gives it a special sound without the lacquer – it’s a very fine intricacy and it works for me.

My favourite piece of music as a trumpet player is anything Mahler – I’m a big fan of his work. The famous trumpet opening to Mahler’s Fifth Symphony is definitely up there! Mahler writes incredibly passionate music and it’s always fun to play. Best soundtrack to play? Star Wars of course!

The MSO presents Star Wars: The Force Awakens in Concert on Friday 8 and Saturday 9 December at 8pm, and Sunday 10 December at 2pm.