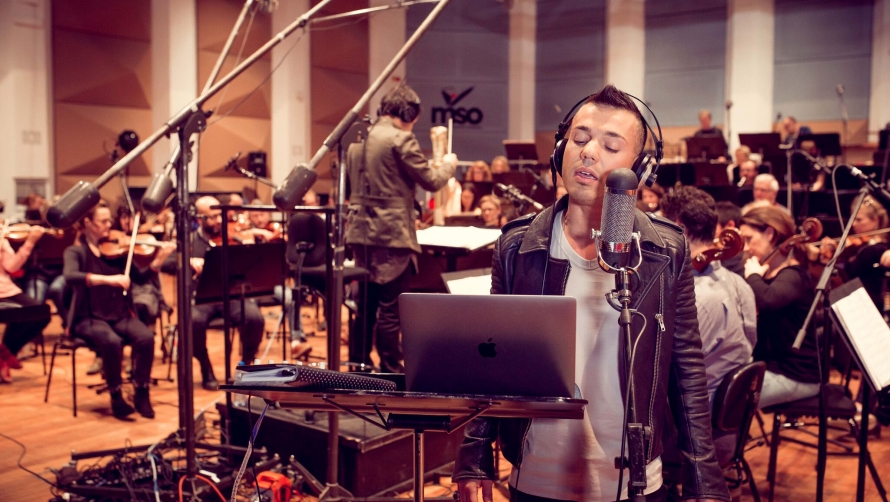 This is Anthony’s 3rd album to debut at #1

Anthony Callea’s seventh album, ARIA NUMBER 1 HITS IN SYMPHONY has debuted at #1 on the ARIA album charts. This is Anthony’s 3rd album to enter the charts at #1 and sees him join an elite club of only four other Australian male solo artists. Industry icons Jimmy Barnes, John Farnham, John Butler Trio and Keith Urban are now joined by Anthony sharing similar chart success, cementing the future pathway for his 13 year long career to date.

Coinciding with the release, Anthony launched his album to a sold out audience last Friday with the Melbourne Symphony Orchestra at Hamer Hall. A standing ovation acknowledged his performance of the new album as he delivered his version of anthems derived from the official ARIA music charts. This is the first #1 ARIA album to feature the MSO since 1987 with Sir Elton John’s LIVE IN AUSTRALIA WITH THE MELBOURNE SYMPHONY ORCHESTRA.

“I love that this album with the Melbourne Symphony Orchestra has connected with so many people and debuted at the number 1 spot on our charts. ARIA Number 1 Hits In Symphony is such an epic sounding album, an album that is filled with passion, beautifully produced, recorded, orchestrated, played and it was a privilege to sing and interpret these iconic lyrics and melodies that are part of our musical landscape.” – Anthony Callea

If you missed the sold-out Hamer Hall show, a national tour is confirmed for 2018 with ARIA NUMBER 1 HITS – IN CONCERT which will be Anthony’s biggest and most exciting concert experience to date.