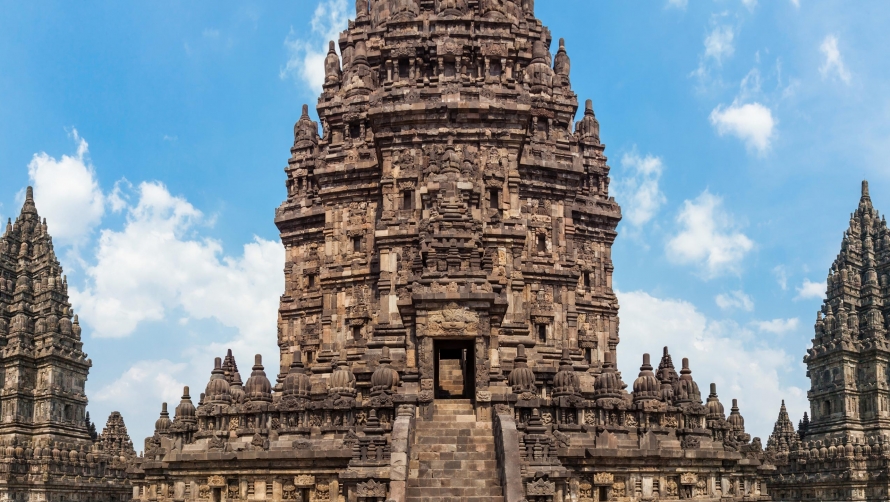 On Monday I met the flute students from the Arts Institute here in Yogyakarta. There are fifteen students with most being at tertiary level. It was tricky not knowing before I arrived in Indonesia what level the students would be at, so I, like the other tutors, brought a range of music that would suit everyone.

The students weren’t expecting to play for me; they thought I was just going to be talking for the whole duration of the workshop. It was wonderful as they came armed with a list of questions for me which was perfect as I could see exactly what they were interested in learning. The list was brilliant – eleven topics covering everything from tone, breathing, articulation, performance tips – there was a whole heap of things they wanted to learn.

I made hasty notes before the class was to begin and I started the workshop by going through the various points, discussing ways to practice, exercises, and had the students actually doing some of the playing as well. In the afternoon we started working on ensemble pieces. It’s been such a wonderful experience, working with these students who are so thirsty for knowledge.

Yesterday I was lucky enough to head to Malioboro Market where I saw so many interesting things. Everyone is so lovely and friendly here and it was so much fun looking around at all the different items available and taking a break to soak up some culture (and of course taste some incredible food)!

I arrived in Indonesia around 11pm local time last night and headed straight to dinner where we had a delicious crispy skin duck. Then I headed back to the hotel with other musicians for a sleep and it was straight into rehearsals this morning. It certainly has been a whirlwind!

It’s my first rehearsal with the combined orchestra this morning and the players are sounding great!

I last performed with the MSO on Friday, so I’ve had a few days in between performing at the Melbourne Town Hall to now here, in Yogyakarta. There was a group of musicians who arrived on Sunday and they’ve been tutoring musicians since Monday. Any tour is a great experience and it’s interesting to hear what the other musicians have been doing.

I’m about to meet the Indonesian brass players, I will be working with tuba and trombones today and tomorrow and then the concert on Friday. It’s a big week, but what an experience!


Day Two, words by Elise Millman, Associate Principal Bassoon
It’s such a privilege to be here in Indonesia. This is my first time in this beautiful country.

I am working with three students in bassoon workshops. Before I arrived, I had no idea how old the students were or how experienced they might be.

I am teaching three delightful men; Askal who is 16 and has been playing for about a year, and Aditya and Daniel who are 20. They all love the sound of the bassoon and I can hear them now, practicing in the distance. They really love it.

It’s hard to walk in to a room not knowing what you are going to teach. I had to be really open minded and ready for anything. I brought along some fantastic duets of various standards for the guys to play. We did a lot of talking at the start; I asked them about their lives and their musical background, how long they’ve been playing and about their family. We got to know each other and then we felt relaxed. It started a really nice space where we could begin to play music together.

I’ve made the workshop about them, curating the class to work with the students’ needs. There have been lots of questions from the students. We’ve talked about making reeds, learning double tonguing, and different fingerings. We started this morning playing super high notes, so we wrote down lots of fingerings for different ways of playing.

I’ve tried to teach the students everything I know within a few hours, to sow the seed of ideas for them to think about.

The people are delightful, the food is fabulous and seeing the different culture has been so interesting. Indonesia is inspirational.


Day One, words by Ali Webb, MSO Staff
Like most days, it started with breakfast. And boy was this the breakfast of the year! We are talking jackfruit coconut curries, barbequed chicken, banana fritters… but we are not here for the food. We are here for the music! And there was certainly plenty of that performed today.

Starting the day eating breakfast with your colleagues is a whole new world. On tour, work starts the minute you wake up, through to the schedules you discuss over the morning meal to the bumpy bus ride to the rehearsal space.

After much laughter on the bus trip with Fiona Sargeant attempting to tune her viola each time the traffic stood still, the orchestra arrived at the Indonesian College of the Arts. MSO musicians met with local students on the stage and before we knew it rehearsal for Friday night’s sold out concert had begun.

Maestro Johannes Fritzsch set the tone and the tempo, leading the combined orchestra through Beethoven and Sculthorpe.

It was wonderful witnessing the students and MSO musicians work side-by-side, chatting in between rehearsals and workshops, becoming new pals.

With full tummies from breakfast, today’s morning rehearsal truly was the perfect entrée to Friday’s Friendship Concert at Prambanan Temple.