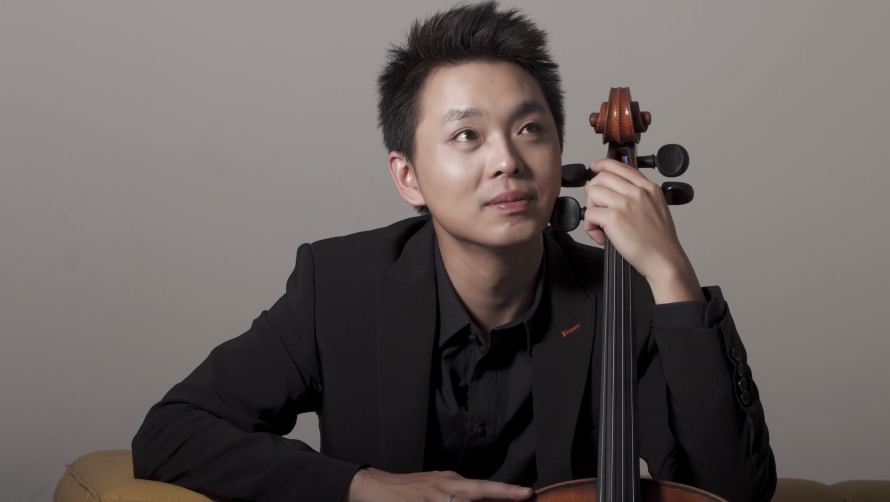 When I was 17 I recorded my first ever CD and it was the Dvořák Cello Concerto in B minor, with the MSO and ABC Classics. I have since recorded it with Singapore Symphony Orchestra for Decca Classics. I can’t wait to be performing it again after all these years.

Dvořák was one of the first composers who succeeded in composing romantic symphonic works for the cello. Composers before him found it difficult, as the register of the cello is very difficult to write for. It’s easy to be drowned out by the different sounds of the orchestra. For a violin and orchestra, one doesn’t need to think about balance so much. But for the cello, you have to be very careful. Dvořák was the first one who really succeeded in that.

I play an old Italian cello made by Joseph Guadagnini. It was made in 1780 and I have had it for over 7 years. I love playing this instrument.

MSO is like a musical family to me, I have so many friends in this orchestra. I love performing in Melbourne and I often come back to this city to see my parents and friends. After spending over 180 days on the road every year, there is really nothing like coming home.

Growing up in China we only had bicycles, so I was obsessed with anything that had four wheels. I even wanted to be a racing car driver when I was a child. When I’m not playing music you can quite often see me running (however most of the time, I use a treadmill!)

I was recently inspired by Yehudi Menuhin. On his last international tour when he was in his 90s, (on which I was performing the Haydn C major concerto), it was so inspiring to see the dedication and generosity in his playing and as a person. He always had the time to talk to me about any questions I had about the Haydn, to share his experiences, and this has stayed with me to this day.

On this tour I am a Melbourne boy, coming home. When I come back to Melbourne, I love the fusion nature of the food. I travel the world and go to some fantastic restaurants, but here I love the contemporary Australian cuisine: sometimes it’s European, sometimes Asian. The nature of this fusion is done in such a harmonious manner, much like the result of my partnership between my heritage and music.