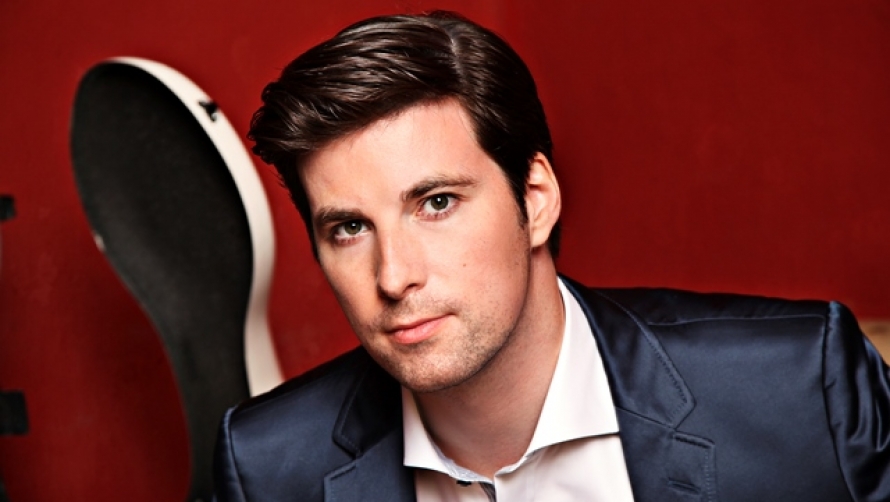 I’m greatly looking forward to be playing Strauss’ Don Quixote together with the MSO and Maestro Davis. I feel very close to Strauss’ music, partly since it was written close to my home and I once met the grandson of Richard Strauss many years ago at the Festival in Garmisch-Patenkirchen in Germany. The Variations are a big musical drama, which highlight the adventures of Don Quixote, represented by the cello. If you know the book by Cervantes from the early 17th century, it is easy to create wonderful scenery when you are hearing the music.

I first performed the piece together with the Philadelphia Orchestra in 2004 together with Christoph Eschenbach. Every performance since has been a journey of its own. I still remember the shock of the wind machine, when I first rehearsed it I actually believed there was a real storm inside the concert hall. Every time I perform it I’m more drawn into the music!

My cello dates from 1727 in Venice and was made by Matteo Goffriller. It has a big history and has been played all over the world. The previous owner Harvey Shapiro liked to smoke Havana cigars, so when the instrument came to me, he gave me a present of Havana cigars with it. He believed that they made the cello sound even better!

I have only been to Melbourne twice before. I’m looking forward to seeing the wonderful musicians, the people, the city, museums. I always like to explore as much as I can in the time when I’m traveling. When I’m not touring or playing music I read, run, eat and play soccer! I wanted to be a soccer player when I was a child, then a director, then a painter and then music took over!

I am inspired by so many things in life. Recently I was blown away by a lecture from Eckard Tolle, a German-Canadian philosopher living in Vancouver. Musically, my journey to the Rostropovich Festival in Baku, Asebaijdan playing with the Kammerorchester Wien-Berlin was just so wonderfully inspiring.

Please come along to my concert and get to know my music and you will find out a lot about my personality for sure! I’m happy to share the experience of the music and also of the preparation of it. I urge anyone to join the performances of the MSO and me!
__
Daniel Müller-Schott performs Don Quixote on 23, 24 and 26 June at Arts Centre Melbourne, Hamer Hall in the MSO Plays Pastoral program.