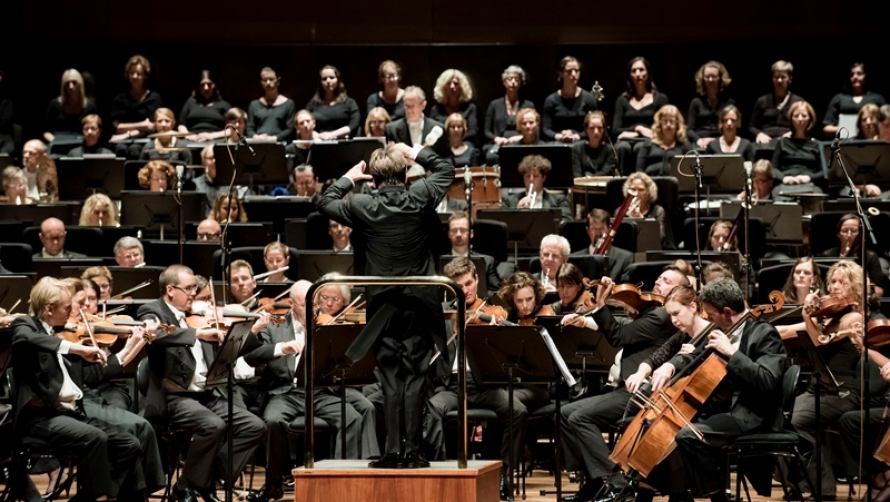 Mahler’s Seventh Symphony was long regarded as the most puzzling of all his works. While the three middle movements have always been favourably received, the first movement and the finale were but little understood. Some of the objections to the former have included the fact that the theme of the introduction remains as the first idea of the Allegro – what’s wrong with that?! – and the moments of time standing still in the central section (the march theme slowed almost to a stop) were seen as impeding the music’s momentum – again this is something that Mahler had been doing for as long as he’d been writing symphonies!

Nevertheless the shape of the movement is complicated and the mood veers between introspection and manic energy in a way that challenges interpreters. I hold to the view that in this movement, which is the one that gave the composer the most trouble, he is struggling to emerge from the bleak world of the Sixth Symphony with its dreadful hammer blows of fate, and that the real sense of triumph, of the almost schizophrenic relish of mastery (“the world is mine” is how Mahler put it) in the finale has only been won by passing through the strenuous effort of the first movement and the twilight world of the middle three.

Mahler conducted a performance of the symphony in Amsterdam, preceding it with three works by Wagner – the Faust Overture, Siegfried Idyll (his love song to his wife) and the Prelude to Die Meistersinger (whose shadow in the symphony’s finale is hard to miss). I must confess to being attracted to the theory put forward by Niall O’Loughlin that this is a Faust symphony, in which the first movement portrays the tensions between Faust (main theme), Mephistopheles (march) and Gretchen (lyrical second subject). The second is Faust wandering in the countryside at night, the scherzo the nocturnal meeting between Faust and Mephistopheles in Goethe’s Walpurgisnacht, the fourth Mahler’s own love song, and the Finale the triumph of love over the devil – in this context the unexpected brass chord in the penultimate bar would, I suppose, be Mephistopheles displaying his horns one last time before being obliterated by C major! Fanciful but intriguing!

However, whatever extra-musical notions may be inspired by this work, for me at least it is one of Mahler’s most extraordinary creations. And I am most eager, as we continue our remarkable symphonic journey, to convince you too!