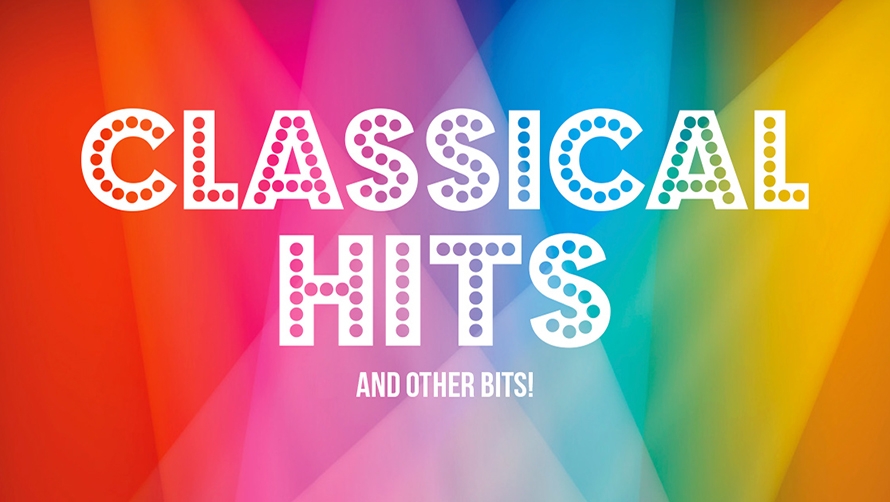 Great music can occupy parallel universes. For example, the past and present, or a particular piece’s context depending on its original composition or how it may be interpreted and perceived by its audience. Classical also means popular. Here are four examples from the upcoming Classical Hits (and other bits) concert.

The Ride of the Valkyries. To Wagnerites, this triumphant music, which begins Act III of Die Walküre, heralds the eight horsewomen of the apocalypse: the Valkyries who bear the bodies of dead heroes to Valhalla. To filmgoers, the music signifies a different apocalypse, the savagery of the Vietnam War depicted in Francis Ford Coppola’s Apocalypse Now. Think of the Ride, ear-splittingly broadcast through loudspeakers in the US helicopter raid led by Robert Duvall’s mad Colonel ‘I love the smell of napalm in the morning!’ Kilgore.

Carmina burana. Carl Orff’s cantata of 24 13th-century poems in Latin and High German, composed in 1937, was intended as a feast for the senses – pure spectacle, involving flashy lighting, opulent scenery, and dancing. Orff’s setting of O Fortuna has proved one of the most enduring and popular classical works ever: the stuff of many film scores and commercials.

O Sole Mio. This 1898 Neapolitan song by Eduardo di Capua with lyrics by Giovanni Capurro has been sung by countless troubadours, including Enrico Caruso, Mario Lanza, the Three Tenors and Elvis Presley. Presley’s recording of 1960, rebranded as It’s Now or Never ("Come hold me tight / Kiss me my darling / Be mine tonight"), was one of his biggest hits – certainly more so than the B-side, A Mess of Blues.

Beethoven’s Fifth. The eternal da-da-da-dum (fate-at-the-door) is the most famous four notes in the classical repertoire. English conductor John Eliot Gardiner, stressing the revolutionary aspects of the work, calls it "an alarm call, an incitement, a call to arms".  This is of course only the beginning of a half-hour symphony – one that changed the face of music.

All of the works in Classical Hits (and other bits) have one thing in common: they are immediately recognisable, not only to regular concertgoers but to anyone who hears them. Such is the persuasive power of these works, that a fragment is enough to connect the notes and ignite familiarity. Any performance is of course nothing unless it completes the circuitry between what is being played and how it is being heard. Make no mistake, you, the members of the audience, are vital to overall appreciation.

What makes these works (or extracts thereof) so universally popular? Reasons abound. For example, Nessun Dorma, from Puccini’s Turandot, made a spectacular leap from opera house to the soccer pitch as the BBC’s theme for its coverage of the 1990 World Cup – the three tenors helped, too. Or the galloping theme from Rossini’s William Tell Overture, which thundered into the hearts of millions of viewers of The Lone Ranger in the mid-20th century.

The criterion, though, whether it be Ravel’s Bolero or Tchaikovsky’s 1812 Overture, is that the music must be great to begin with. It can be rescored or reduced by platoons of arrangers and advertising agencies, but it counts for nothing unless the heart and soul of the original is retained.

Returning to Wagner for a moment. It’s worth remembering that the composer once forbade using The Ride of the Valkyries as a stand-alone piece, considering it an "utter indiscretion". Much later, he changed his mind. The royalties probably won the day.

On the podium tonight is the MSO’s Associate Conductor, Benjamin Northey, who is himself passionate about music education, and opening the repertoire to one and all. ‘The angle is about access,’ Ben says. ‘It’s really an old-fashioned orchestra pops concert with visual spectacle and an entertainment angle.’

The Executive Producer of Classical Hits (and other bits) is Anthony Pratt, the philanthropic Executive Chairman of Visy Industries and, says Ben, ‘a man of big ideas’. Together they hope to achieve ‘an immersive experience, with visual as well as musical elements.’

It also comes down to generating curiosity and, Ben hopes, creating an abiding love of music. "This concert starts that journey.