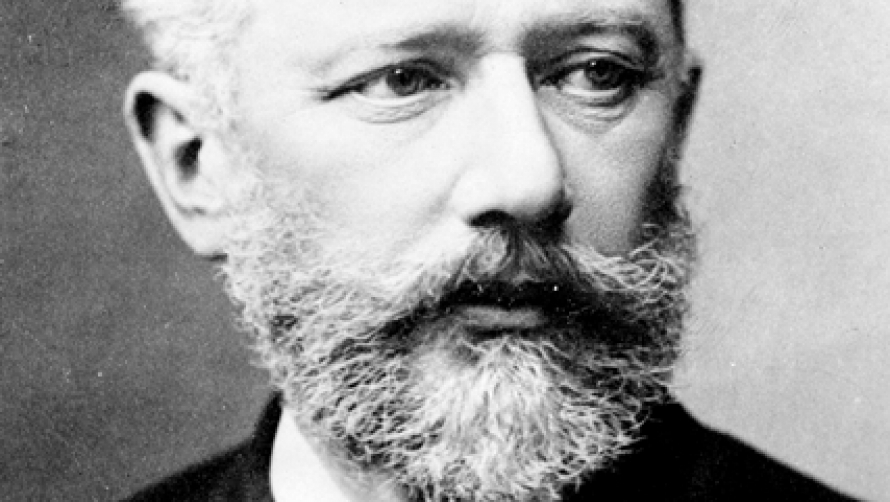 Alastair McKean is the Melbourne Symphony Orchestra Librarian. An immense wealth of knowledge and an immaculate keeper of musical order in the intense MSO office, he is one of the MSO’s prized treasures – with a wicked sense of humour to boot.

Peruse the season of any orchestra on earth, and you’ll find plenty of Russian music. No orchestra goes more than a few months without a lashing of Tchaikovsky or Rachmaninov. That breezy catch-all ‘Russian music’, though, can be a bit misleading. Beethoven, Schubert and Brahms were part of a continuous Austro-German musical lineage stretching back to the Reformation. Russian composers weren’t, and many felt obliged to create such a tradition from scratch.

See both composers in the one program when MSO Plays Tchaikovsky.

Chief among them was Nikolai Rimsky-Korsakov. A remarkably selfless man, he neglected his own work for some years to edit the music that his friends Borodin and Mussorgsky had left unfinished on their deaths, and he taught two generations of composers. Rimsky’s signature is fabulous orchestral colour: he believed that orchestration was inseparable from composition, and in Scheherazade it’s easy to hear why. This incredibly exciting piece loses much if played on something more monochromatic, like a piano. But Rimsky-Korsakov’s orchestral writing reached its apotheosis in the work of another man – his most celebrated student, Igor Stravinsky. The Firebird made Stravinsky’s name by out-Rimskying Rimsky, extending the brilliance of Scheherazade into something even more spectacular.

Rimsky’s great contemporary was Pyotr Ilyich Tchaikovsky, a very different composer. This is not to say that Tchaikovsky couldn’t do orchestral dazzle. When he discovered a marvellous new instrument, the celeste, he kept it a deathly secret, terrified that Rimsky-Korsakov or one of the others would gazump him. But audiences love Tchaikovsky for his wonderful melodies (the Violin Concerto is one unforgettable tune after another) and above all for his naked emotional directness. In his Pathétique Symphony, the third movement is exhilarating, but our elation is stopped cold by the tragic, doom-laden fourth movement. It’s a shattering experience.

Sergei Rachmaninov is perhaps Tchaikovsky’s successor here. His glorious Second Symphony is a sprawling, warm-hearted masterpiece in which melodies pour forth in, well, Tchaikovskian profusion. In a sideways fashion, Rachmaninov gets us to one unshakeable Russian musical tradition, the ancient music of the Orthodox Church. Despite being not at all devout, Rachmaninov was fascinated by Orthodox chant for his entire life. Another rich tradition, of course, was folk music. Stravinsky devoured this, although he pretended not to, claiming that The Rite of Spring contained only one folk tune (scholars have since identified rather more). More broadly, Stravinsky’s ballet Petrushka is a celebration of Russian folk culture. It’s set in a fairground, and Stravinsky said you should be able to smell the food in the music.

Stravinsky and Rachmaninov both escaped after the 1917 Revolution, and their music thereafter is suffused with a Russia of memory and nostalgia. Dmitri Shostakovich, born in 1906, grew up as homo Sovieticus. His Fifth Symphony has much tremendously exciting music, but it’s dominated by a desperately sad slow movement. Musically, then, it’s arguably a distant cousin of Tchaikovsky’s Pathétique. But while there’s debate over what Tchaikovsky’s tragic finale means, there’s no such question about Shostakovich: its first audiences immediately recognised it as a lament for those who were suffering under Stalin.

So maybe Rimsky-Korsakov couldn’t claim an unbroken musical bloodline, but this doesn’t really matter. ‘Tradition’ is often only recognisable in hindsight, and the Russian musical sensibility – however it came about – encompasses orchestral fireworks and emotional passion. What’s not to love? No surprise that audiences and orchestras can’t go for long without a fix.