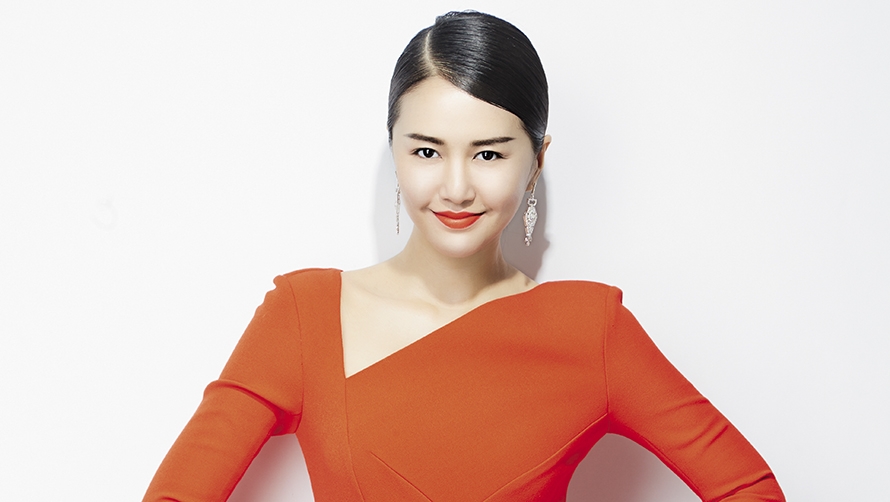 For her first time in Melbourne, Tan Weiwei will perform the world premiere of Song Lines of China, a collaborative work composed by Tan Dun and Weiwei.

In China, Tan Weiwei is referred to as one of the most outstanding vocalists of her generation and is known as the queen of folk-rock in China, for her music which crosses over freely between rock and folk music.

“I think that each language has its own particular musicality and style. Chinese songs are more about expressing emotions delicately, while I feel like English songs have a bolder, direct approach to self-expression, so they both represent different cultures. I take the biggest pride in being able to sing and express myself from both cultural perspectives. As for this concert, it will be a surprise!” said Tan Weiwei.

“Selecting repertoire depends on my inspiration in the moment. I’ll pay special attention to particular places or people involved, without forgetting of course the organisers of the event.”

“My style is constantly evolving, as I am continuously striving to figure out what I really want and what I really like in life,” said Tan Weiwei.

In 2004, Tan Weiwei launched her first album Heart of Grassland which received Honors from the France International Music Expo in 2005. In 2006, she won second prize in the phenomenal national TV show Super Girls. In 2007, Tan Weiwei performed in the musical Butterflies and published her second record Ear World. This will be her Australian debut.

“For all the Chinese people in the world, Chinese New Year is the most important moment in the year, as it stands for family reunion and respite from a year of hard work. Yet, it also signifies hope and optimism for the coming year, and it’s extremely important for me to spend this moment united with my family.”

In 2009, Tan Weiwei became the first person from Mainland China to be awarded Taiwan’s Golden Horse Prize for Best Music with her work Encounters. In 2010 she released her record “Tan XX” and in 2011, she published her album “3”. By 2011, she had become the Best Chinese Female Singer at the 11th China Music Media Awards. During the finale of the 3rd edition of singing competition “I Am a Singer”, Tan Weiwei’s pieces The Lighthouse and Ulaanbator Nights won best live music performance of the year.

“I am very excited to welcome the New Year. I do wish everyone in the world to realise their dreams and live happily. I wish for myself to become a more accomplished musician, but most importantly I want the best of everything (and great health) for my family, and for all my fans and supporters. I also sincerely wish we would all continue to cherish our environment, as the love for our planet is never enough!”