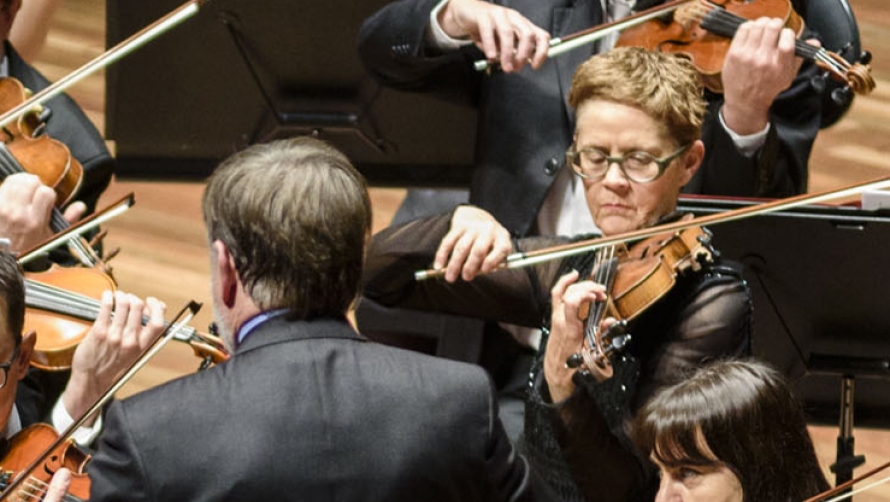 I grew up in a beautiful town called Kaikoura on the East Coast of New Zealand. I was part of a large family and we did a lot of activities together including hiking and sailing, which instilled in me a love of the great outdoors. I then moved to a bigger town called Nelson where I started playing violin.

I have lots of siblings – five in fact – including a twin brother who is an artist in the UK. There’s a lot of art in my family – my siblings, nieces, nephews and my husband are all artists. I think the arts are somewhat genetic. We have a lot of inspiration, influence and creativity in the family.

I was surrounded by pianists growing up, but I chose the violin. I walked past a room at school and heard someone playing the violin and fell in love straight away. I remember being a 13 year old sitting cross legged on the floor of the gym and being transported to another world when a group of musicians came to visit my school.

I performed in the London Proms when I was just 19. I was on a tour with the New Zealand Youth Orchestra to Europe and while there auditioned for and won a place in the International Youth Orchestra. Singularly the most important thing that has happened to me musically and an absolute career highlight. This moment led to a passion for wanting to be an orchestral musician, it unlocked an inner force which is hard to explain but it gave a clear path along which to travel.

Our training conductor at the time with the Youth Orchestra was Simon Rattle and our senior conductor was Claudio Abbado! So, as a 19 year old who had fallen in love with playing at the age of 13, this was a pretty big influence. It was such a delight to return in 2014 with Sir Andrew Davis and the MSO.

The violin I play is from 1826. It’s by a Scottish maker, Matthew Hardie. It’s an absolute workhorse. Unlike some violins, mine doesn’t have a gender. I never think of it as a male or a female. I think of it as my tool of the trade and it works hard. It’s a strong violin. I got it in 1975 and I’ve played it seven days a week since then.

I’ve been with the MSO since 1987. Before that I was with WASO for seven years. I’m a true orchestral violin player; I never had aspirations to be a soloist.

When I arrived in Melbourne in 1987, I had two little children who were 1 and 3 and it was quite a feat to pass an audition. I learnt how to practice once I had children. Before that I would spend 7 hours a day practicing, once you have children you learn to do the same in 15 minutes!

We moved to Melbourne because my husband secured a great job at RMIT which led him to become a Professor of Maths and Art. It was very hard to leave an orchestra as you can’t just transfer from one orchestra to another. The MSO was known as the BIG orchestra in Australia alongside Sydney. I had heard that MSO were going on a tour to Japan in 1987 and I wanted to go. I practiced, had more lessons and had an audition the day I arrived in Melbourne. I was determined! I went to Japan. I’m not sure my one year old daughter recognised me when I returned. I think she survived though – she’s a mining engineer now!

My son is musical and is a DJ. He was impressed when I played with Flight Facilities in 2015. I purchased one of Paul Davies’ semi-acoustic violins recently and my son plugged it in and there I was, jamming away with my 30-year old. It was such a good time – I hope it happens again!

I find it very hard to pinpoint one or two highlights across my 30+ year career with the MSO. It’s been ongoing, learning so much repertoire and sharing the stage with so many wonderful musicians and conductors. Every week has been different – it’s hard to choose from such an abundance of great concerts.

My all-time favourite piece of music to play is Strauss’ Death and Transfiguration. I played this at the Proms in 1975 and I’ve loved it since. I love the big repertoire. It brings back so many good memories. I have definitely played Dvorak’s New World Symphony more than any other work in my time with the MSO.

Sometime ago I got back into sailing. I sailed across the Tasman, across to Lord Howe Island and back – in a small boat. It wasn’t luxury sailing but it was hugely exciting! 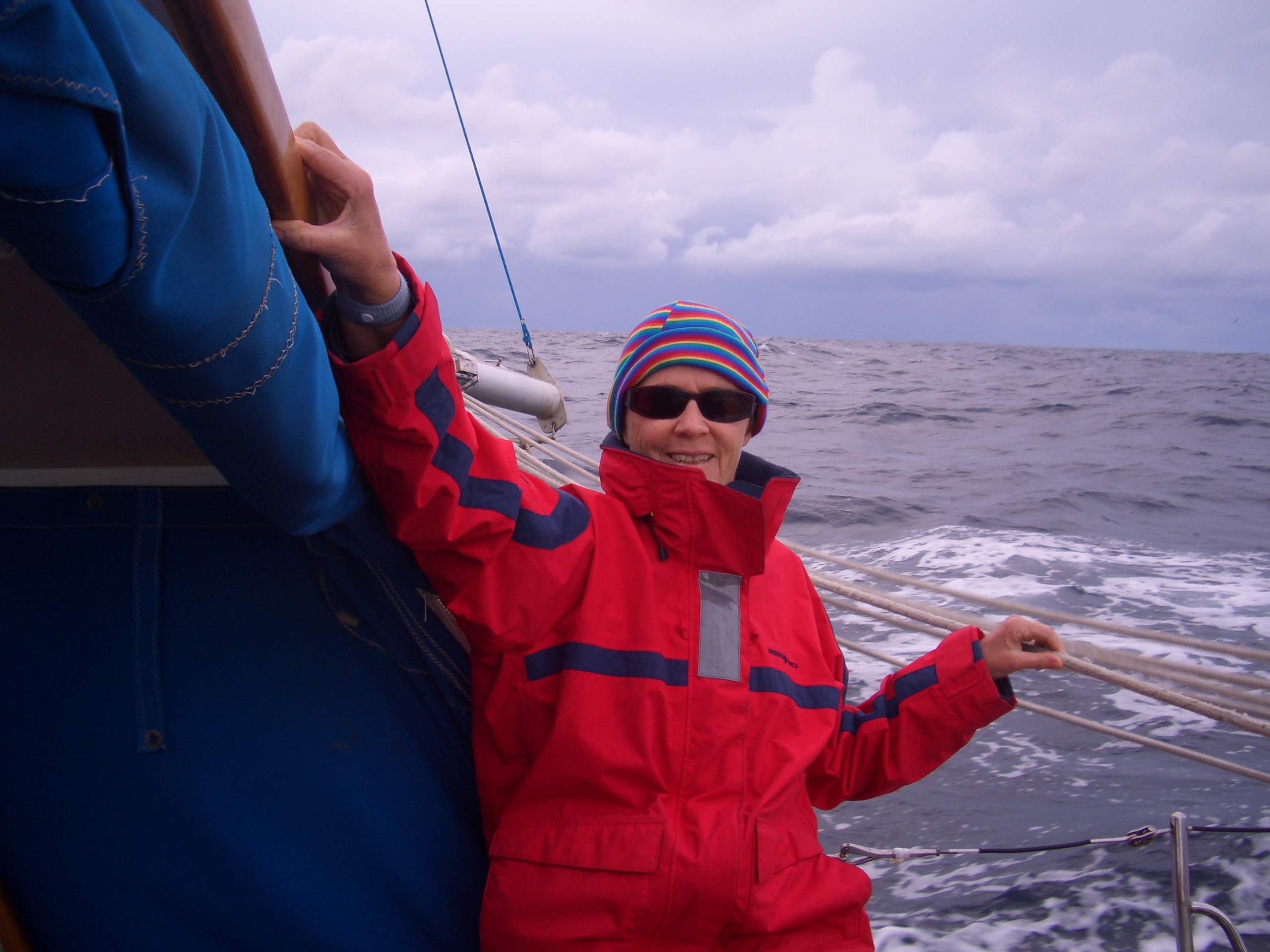 Four years ago I did the big walk to the Everest Base Camp. It was mind-blowing. I love walking. It was a different type of adventure to sailing, it required more physical effort. We walked a pass that was 4500 metres above sea level. The world looked amazing from that angle. Fully inspiring! I have tramped miles of tracks in New Zealand and two years ago I walked the Cradle Mountain trek. I didn’t think there was a more beautiful place to walk than NZ, but Tassie is stunning. 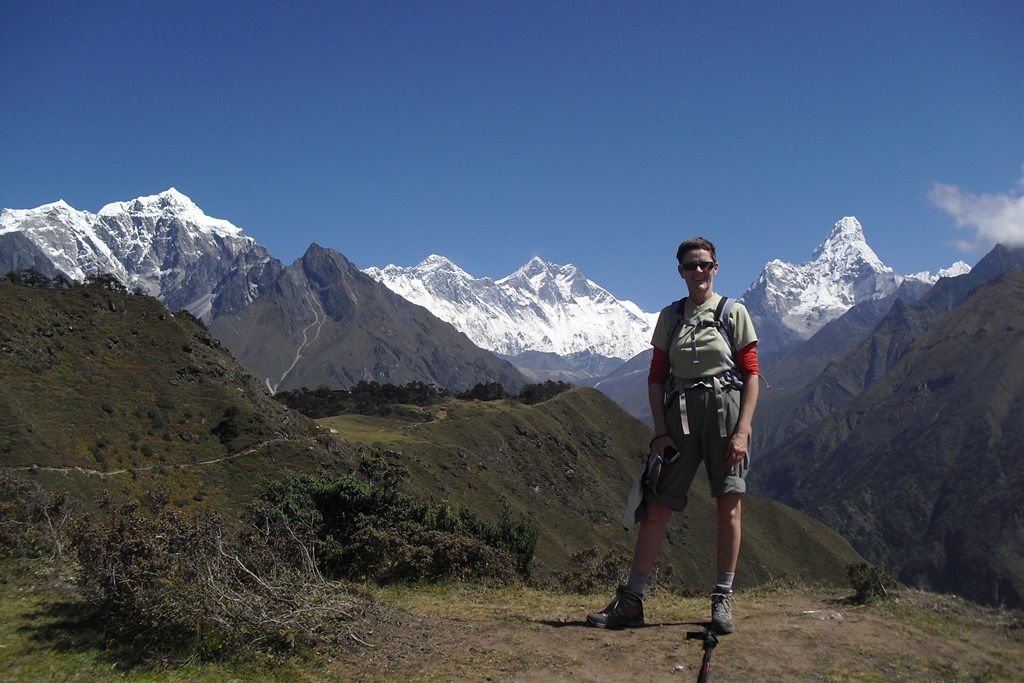 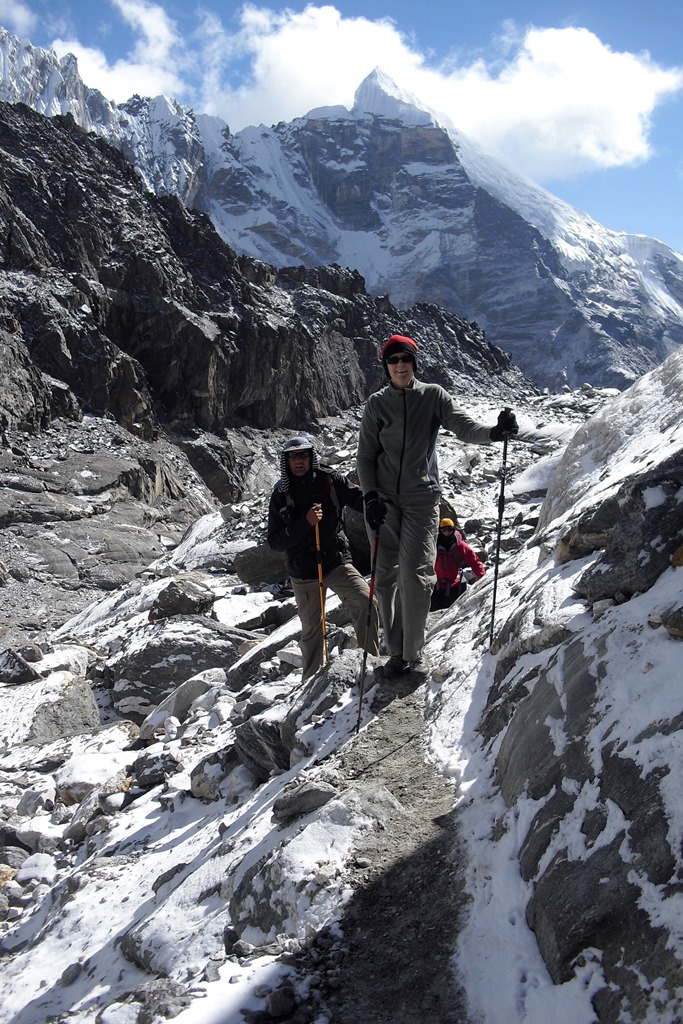 However it’s so nice to be in Melbourne. I love being so close to the water, probably because I grew up in New Zealand. I would prefer to live near the beach than near the mountains. I love the vibe and the vibrant arts scene. Plus, the food here is amazing! 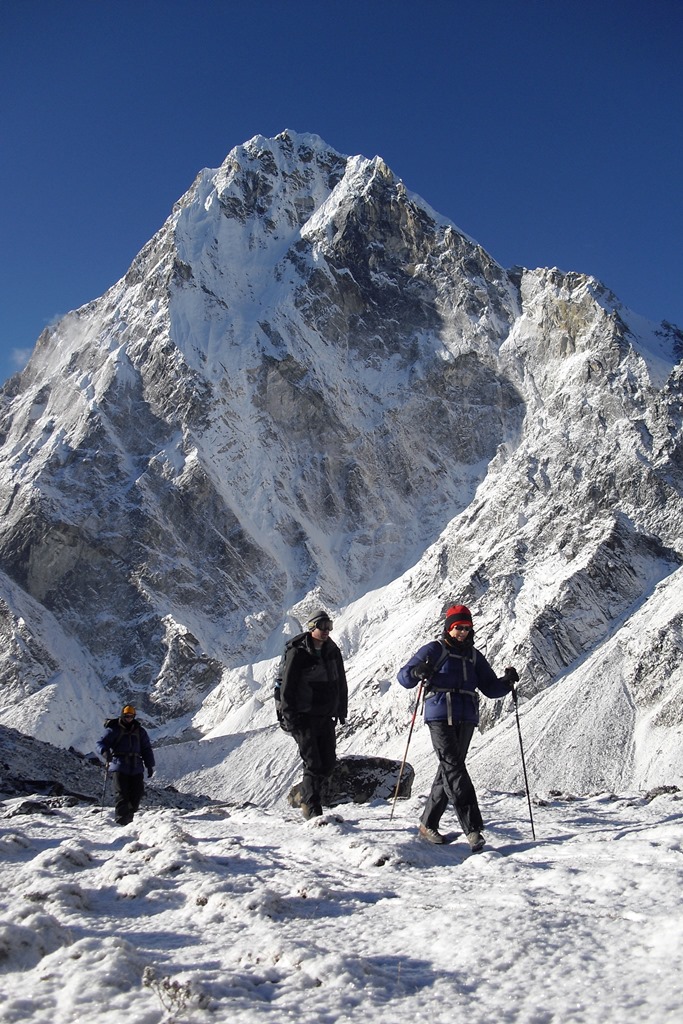 Batch in East St Kilda is like my second home. We go there at least three times a week! It has a Kiwiana aspect to it. It was started by two New Zealanders and it’s a very low key coffee shop, but the food is fantastic. We’ve been going there for ten years. We were even invited to their ten year celebrations. My husband actually has created an incredible installation in the shop which you just have to see.

When I park my car to come to a concert, I never cross City Road to go to the concert hall. I like to go up the stairway and walk in front of the concert hall, seeing the beautiful city from outside the spire. It puts me in a good frame of mind for the forthcoming concert. It’s such a wonderful arts precinct.

I’m looking forward to 2017. The season ahead looks beautiful plus I’m going to get back on my bike. I used to ride to work and a few years ago I had a bike accident. I feel I’m ready now to get back on the bike. That’s the plan!