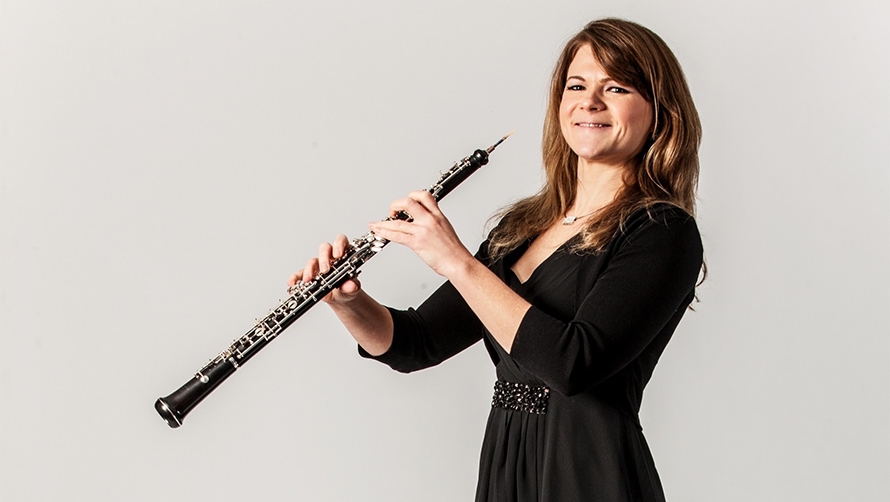 Oboist Ann Blackburn has been a member of the Melbourne Symphony Orchestra since 2013. When she isn’t on stage rehearsing or performing with the Orchestra, she is busy making her own reeds.

We asked her what’s The Best…

The best thing you can’t live without?

The best thing about your instrument?

I think the oboe has the most gorgeous sound. It’s so full of character. There’s something about that sound that just reaches to my soul!

The best concert you’ve performed in?

Hard to pick only one! One of the highlights during my time with the MSO would have to be performing Ma vlast with Jakub Hrůša in 2014. Also, performing Madame Butterfly with the Australian Opera in some of the most remote areas of Australia like Tennant Creek in the NT was incredible. There is something really special about performing to audiences who usually don’t get to hear that sort of stuff.

The best venue you’ve performed in?

The Royal Albert Hall at the BBC Proms during the MSO’s 2014 European Tour. We played to a packed audience of 5,000, with 800 people standing in the stalls! That is one concert I will never forget!

The best recording you own?

Heinz Holliger’s Bach Oboe Concertos recording with Camerata Bern. No one writes for the oboe like Bach, and no one performs Bach better than Heinz Holliger. Holliger was my teacher and has been a huge musical inspiration for me.

The best piece to perform?

Mahler’s 2nd Symphony always leaves me speechless. That finale is enough to unite all of mankind and transcend any race, gender or social class. There is so much suffering in this world. We need more music like this!

The best thing about Melbourne?

The coffee of course! But I also have to mention the bike paths. I love that Melbourne is so bike friendly. I ride to rehearsals most days – the ride past Docklands and along the Yarra is one of the highlights of my day!

The best dish you cook?

I’m not all that keen on cooking but I do make pretty delicious Thai curries.