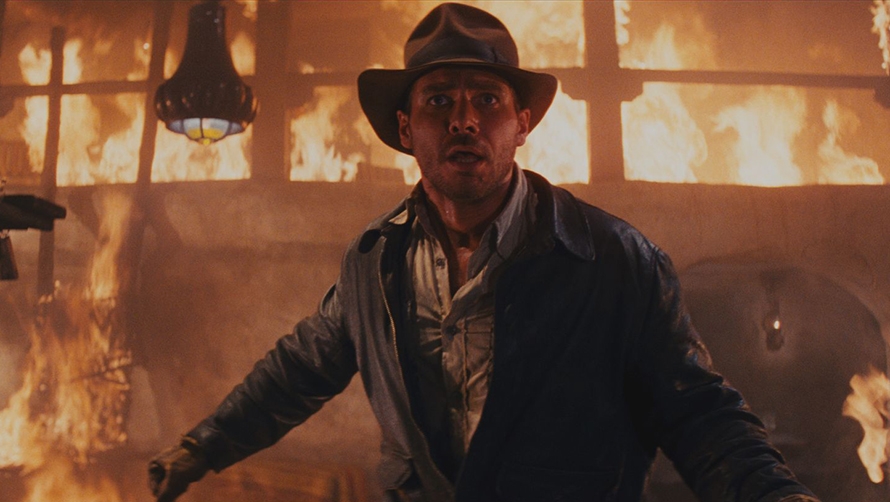 It has been 35 years since Indiana Jones went on his first archaeological adventure through the jungles of South America in search of a golden statue, fighting a horde of villains, and dodging boulders, along the way!

Directed by the legendary Steven Spielberg, this 1981 action film was created from a story written by George Lucas, with the help Philip Kaufman – The Adventures of Indiana Smith. Whilst on holiday in Hawaii in 1977, Lucas spoke to Spielberg (who was also on holiday at the time) about the concept for Raiders of the Lost Ark, after Spielberg expressed an interest in directing an action film like James Bond. Spielberg loved Lucas’ idea, but was unsure about the surname ‘Smith’ for the character. Lucas suggested ‘Jones’, and one of the greatest actions heroes was born!

Filming for Raiders of the Lost Ark began in 1980, taking place in England, France, Hawaii, Tunisia and California, with some of the set locations used in future Spielberg and Lucas films, like Jurassic Park and Star Wars. The film was released in June of 1981 to critical acclaim, and remains one of the greatest films of all time and one of the highest grossing films ever made.

The legendary score for Raiders of the Lost Ark was composed by John Williams, and the well known ‘Raiders March’ that embodies the spirit of Indy was later used in the scores for the three other Indiana Jones films.

‘Fights, action, romance – Raiders of the Lost Ark has it all, and when Melbourne Symphony plays that title theme, it’s going to be the orchestra in full flight, playing music we all love to play.’

This November, we celebrate the 35th anniversary by performing John Williams’ score live as Indiana Jones and the Raiders of the Lost Ark plays on a big screen overhead, led by MSO’s Associate Conductor Benjamin Northey.

Tickets are limited, so get in quick before they all roll out the door!