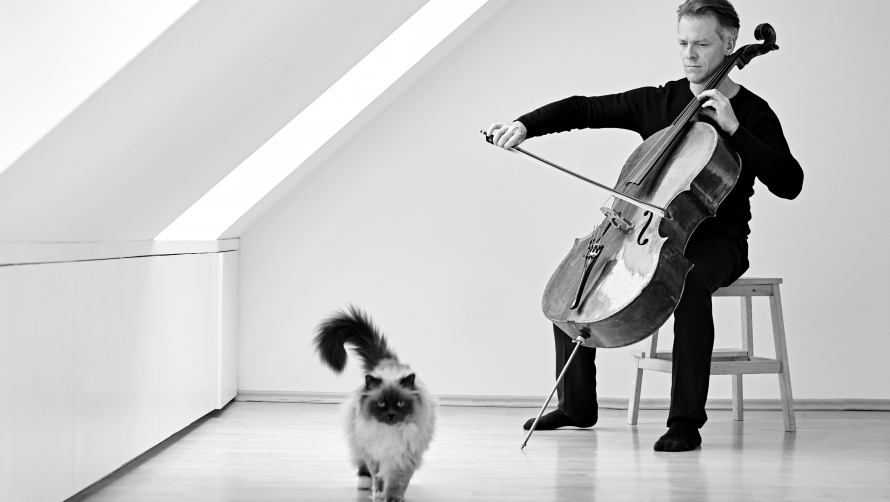 I will be playing my favorite concerto with the wonderful Melbourne Symphony Orchestra in November, conducted by the unique Andrew Litton. Aside from my performances with the MSO, I am very much looking forward to the wonderful coffee in Melbourne as well as my stay at my old friends Heather and Brett Dean (who is about to write a cello concerto for me – so there will be some musical brainstorming going on in their gorgeous warehouse-apartment).

The Dvorak Cello Concerto I will be performing may be the greatest concerto for any instrument and orchestra, but it also feels very close to me as my grandfather, whom I never met. He was a Czech conductor and composer, and whenever I hear or play the piece, I feel like coming to a spiritual home in a way. It is always a thrill performing that piece with a great orchestra such as the Melbourne Symphony – I am sure together we will discover new things in this often played work.

The concerto is a very personal story of Dvorak, actually the story of homesickness, unanswered love and loss of a loved one. Dvorak wrote it in the USA, missing his home country immensely, thinking up all these gorgeous bohemian tunes. The reason why I think this is not a show piece whatsoever is his secret dedication of the concerto to his secret and unanswered love Josephine. In the second movement he quotes her favorite song, ‘Leave me alone’ (she didn’t love him back so he married her sister instead!), and when finding out about her death he re-wrote the entire ending of the 3rd movement, quoting again this beautiful song.

I have performed this concerto more than 200 times!

My cello was made by the great Venetian maker Matteo Goffriller – cellists love his instruments as they are very reliable (more so than Stradivari), have a warm and often big sound, not as beautiful as a Stradivari or Guarneri, but therefore they are more affordable! I’m not too sure of the history behind the instrument except that the person who sold it to me claimed that it belonged once to Mussolini, but I refuse to believe that!

Once during a dress rehearsal I broke during identical passages both my bows – I think this has never happened to anybody, and when turning my head in search for another bow, the principal cellist just shook his head in denial!

When I’m not performing on the stage I like to bring music to places where people least expected them, like performing at train stations and making a point that any space could be turned into a performance venue when there is a performer and an intensely listening audience.
I want to show the unique experience of a live performance since so much music is being consumed through headphones or speakers.

At the moment I am a bit distracted by the entire refugee crisis, so I am now dedicating my free time to not only housing refugees in our home but mentoring them. Right now we are taking care of a young Afghan lady, and we are trying to show this young Muslim woman the benefits of gender equality, tolerance and open society while being able to be as much of a believer as you like. I believe that this crisis all over the world can only be solved when people like us try to give orientation to these many lost souls, guided by misunderstood believe systems.