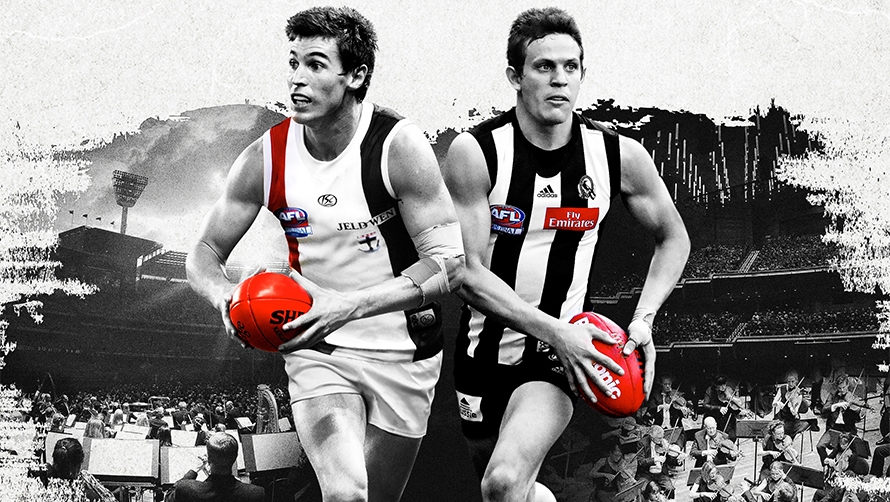 The 2010 AFL Grand Final between Collingwood and St Kilda will go down as one of the most exciting and enthralling contests in the game’s history.

By Carley Jellett for Ticketmaster Blog

While the Magpies jumped to an early lead, a brilliant second half from St Kilda saw the game finish with scores tied at 68-apiece when the final siren rang out on that last Saturday in September.

For the 100,000-plus fans who were there – and the millions more watching on TV – it goes down as an unforgettable game. The twists and turns of the match that culminated in the AFL’s third drawn Grand Final in history could not have been written any better.

But the soundtrack of the day has been written with the Melbourne Symphony Orchestra set to perform a mesmerising orchestrated screening of the match in The Draw: A Symphony. The MSO will perform live as the nail-biting match is shown on a big screen at Hamer Hall. The event will be held at Arts Centre Melbourne’s Hamer Hall on September 22.

To celebrate the upcoming event, The Draw: A Symphony, we have put together a list of the five most important moments of the 2010 AFL Grand Final. We hope you enjoy it.

Darren Jolly landed at Collingwood at the beginning of the 2010 season and quickly established himself as one of the missing pieces of Collingwood’s premiership puzzle. Jolly played a particularly good match in the 2010 Grand Final and within 20 seconds the big man had won the first centre bounce hit out of the game and run down for the match’s first goal. It was a defining – or should that be deafening – moment with Pies fans going berserk when Jolly’s right foot snap sailed through.

One of the most desperate acts of the 2010 Grand Final came in the last quarter when scores were level and there were less than eight minutes remaining in the match. A ball up in St Kilda’s forward 50 fell to Saints captain Nick Riewoldt who desperately got the ball to his right boot. The bouncing ball was on target to give St Kilda a one-goal lead, but Collingwood captain Nick Maxwell had other ideas. The backman bolted after the ball and a combination of the bounce and his desperate goal square dive combined to ensure Rooey’s kick was touched before going over the goal line. The point gave St Kilda a one-point lead, their first of the day.

Many people argue St Kilda’s Brendon Goddard could have been named the Norm Smith medallist for the 2010 Grand Final and few could mount a strong case to argue against it. BJ was immense with 31 possessions and two goals but his greatest moment came in the final term when, with just seven minutes remaining in the game, Goddard sailed high over Collingwood’s Harry O’Brien (now known as Heritier Lumumba) to take a remarkable ‘speccy’. Goddard’s resultant goal gave the saints a one-goal lead. The mark was impressive in itself, but to see Goddard stand up at such an important moment of the game announced him as a true leader of the club.

It doesn’t get much tenser than this. With just 1.40 remaining on the clock and Collingwood leading by one point, St Kilda’s Lenny Hayes won a centre clearance and swiftly catapulted the ball deep inside 50. The only two players within range of the ball were St Kilda goal-sneak Stephen Milne and Collingwood’s zippy defender Ben Johnson. The pair were running away from goals toward the ball. But – as AFL balls can – the Sherrin bounced straight back over the heads of the pair. Milne read it better, turned quickly and lost his opponent to run onto what appeared to be a bouncing ball straight into an open goal. As fate would have it, the ball bounced at right angles, bamboozling Milne and giving St Kilda a levelling point. It was the last score of the game and a moment that will go down in Grand Final folklore.

Between the final score of the match and the final siren, Collingwood and St Kilda fans and players endured 91 seconds of pure tension. When the siren finally rang out, players and fans were left with the realisation that they were doing it all again next week. Players collapsed on the turf or held their heads in their hand. The crowd at the game fell nearly silent as fans of both clubs were left to consider what could have been.

This article was written by Carley Jellett and originally appeared on the Ticketmaster Blog.

Presented in association with Arts Centre Melbourne and AFL, The Draw: A Symphony will be performed by the Melbourne Symphony Orchestra on Thursday September 22 at Hamer Hall.