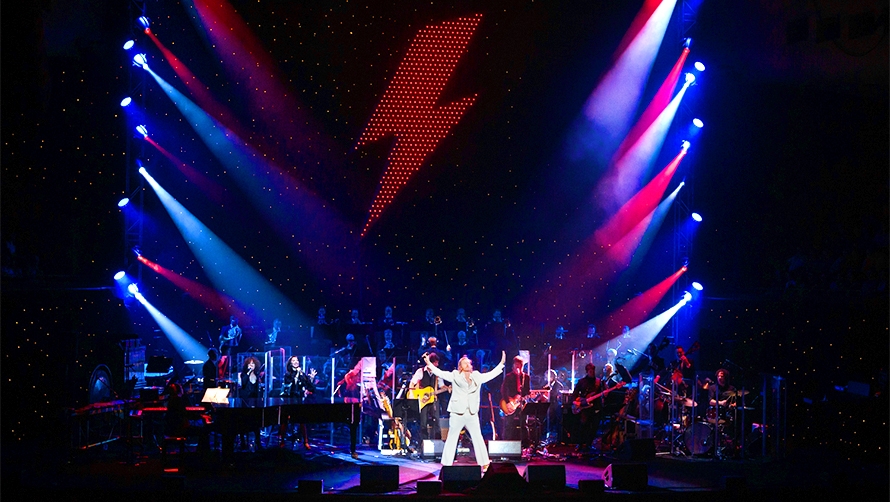 David Bowie was so much more than a pop musician – he was a visionary who revolutionised music. Not only did he significantly influence popular music, but popular culture as well.

Next month, we pay tribute to the Starman in David Bowie: Nothing Has Changed.

Born in England as David Robert Jones, Bowie was a prominent figure in music and culture for over five decades, highly regarded for his innovation and ability to constantly reinvent himself and his craft.

Few musicians can claim to have refashioned modern music as comprehensively as Bowie. From the glam of Ziggy Stardust to the desolate Berlin years right up until his intensely personal final album Blackstar, Bowie always reflected contemporary culture back on itself while remaining truly alien.

‘As was the case with Miles Davis in jazz, Bowie has come not just to represent his innovations but to symbolize modern rock as an idiom in which literacy, art, fashion, style, sexual exploration and social commentary can be rolled into one.’

On 15, 16 and 17 October, the MSO will be joined by musicians who have all been influenced by David Bowie’s work in one way or another. Under the influence of the great man, iOTA, Tim Rogers, Steve Kilbey, Deborah Conway and Adalita gather to perform his music in their own unique styles.