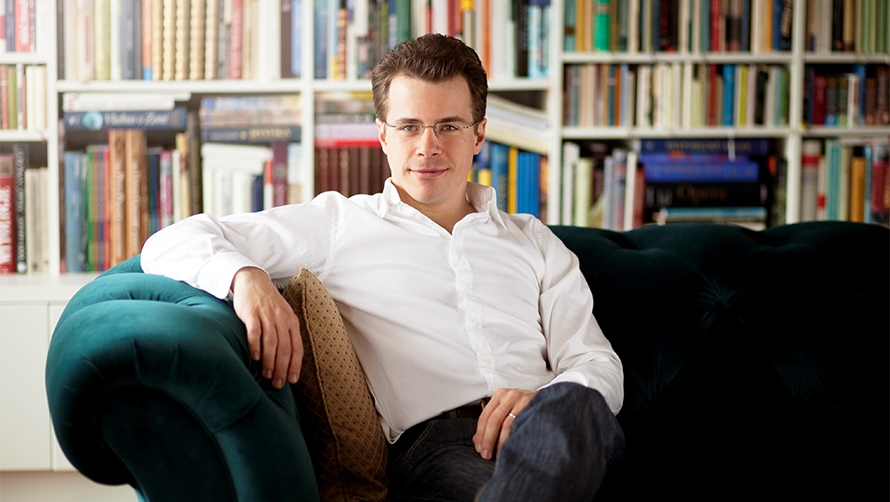 Jakub Hrůša returns to Melbourne this week following a number of acclaimed performances with the Orchestra in recent years.

He tells us more about the highlight of these concerts, Josef Suk’s Asrael Symphony.

What are you looking forward to about coming back to Melbourne?

Aside from simply seeing my great colleagues and friends in the wonderful orchestra, this time it’s definitely working on, and performing Suk’s masterpiece, the Asrael Symphony. I really believe it is comparable to canonical pieces such as the Mahler Symphonies. I’m very grateful to be a messenger for this piece in Australia (and elsewhere).

Tell us more about the Asrael Symphony?

It’s a real masterpiece which waited decades to be truly discovered outside of the Czech Republic. Recently, many more conductors have realised its beauty and truth and are performing it more and more. It’s one of the most personal musical statements of all time [written after the death of his father-in-law and teacher, Antonín Dvořák, and Suk’s wife Otilie] and meticulously composed. It’s a real touch of genius.

When did you first conduct the piece?

I graduated with it in 2004 and it’s not an exaggeration to say it changed my life profoundly.
The topic of the symphony isn’t an easy one – it handles motifs of life and death, and above all love. Some people didn’t trust me as I chose it for my graduation concert at the age of 22. It’s complex and hard to manage – especially the technical aspects and its architecture. I was brave enough to conduct it all (with the Prague Radio Symphony Orchestra), and I did it by heart! It really opened the door to the classical music world for me – music experts and agents noticed it and I signed a contract with an agency the next morning.

What would you like Melbourne audiences to know about you?

When people around me get to feel the full beauty of music, and I have contributed to that, it brings me the most profound happiness.

Jakub Hrůša first performed with the MSO in 2011. His most recent performance was Rimsky-Korsakov’s Scheherazade in 2015.